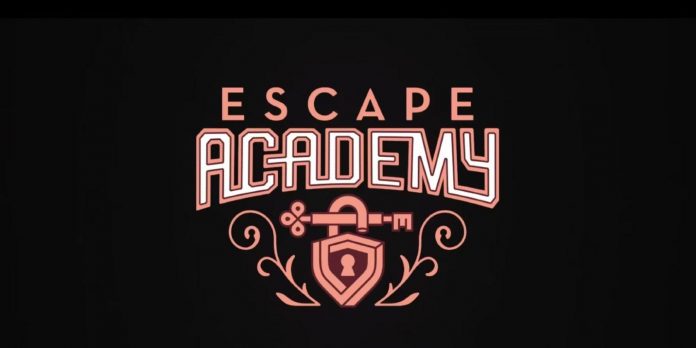 Escape and puzzle lovers should take note: Escape Academy, the debut game from Coin Crew Games, recently released for all major platforms and currently available via Xbox Game Pass. The indie game offers players a variety of quests in a quirky academic setting, and the indie game, which can be played alone or with a friend, has received positive reviews at the time of writing this article.

Coin Crew Games co-founders Wyatt Bushnell and Mike Salih recently told Game Rant about the development of Escape Academy, its impact and plans for the future. The interview has been edited for clarity and brevity.

Q: What is your experience with quest rooms? Which quest room did you see the best, physical or digital?

Bushnell: Mike and I met while working on the quest Space Squad in Space at Two Bit Circus. We spent about nine months together, locked in a 500-square-foot dark room, and after that he didn’t want to kill me, so we decided we should start a gaming company together. I can’t give an unambiguous answer to my favorite quest, so here are my top three in no particular order: Hex Room, Stash House, Labrat.

Q: Describe Escape Academy for those who are not familiar with the game in a couple of sentences.

Salyh: Escape Academy is an adventure game in the quest genre. You play as a new student enrolled in the mysterious “Escape Academy”, where you will master the art of solving puzzles and train to become a real escapist. The game can be played either alone or in co-op mode for two players.

Q: How big is the Coin Crew Games team?

Q: You recently demonstrated Escape Academy at Summer Game Fest. What was the reception among gamers?

Bushnell: It was pretty cool. In location-based entertainment, you have a pretty good idea of how the game will be received because you can just watch several groups of people play the game and see their sincere reaction. But digitally, people will download the build, and we won’t have a chance to see how they experience it, or something like that. Therefore, when we released limited demos, the fact that players came into our Discord or Steam forums and told us how much they loved the game was very convincing.

Q: Do you think that quests emphasize certain mechanics or puzzles better than games of other genres? And if so, how?

Salykh: Quests make you think on the go! You will encounter a lot of puzzles, usually in conditions of severe time constraints. To escape, you need to study your surroundings, recognize patterns and think outside the box. And if you’re playing with a friend: chat! When it comes to puzzles with a rush of adrenaline, quests have no equal!

Q: Physicality — the ability to touch, feel and play with real objects is one of the most attractive aspects of quests in the real world. Have you tried to convey the same feelings in the Escape Academy gameplay, or have you focused on more abstract and digital experiences?

Bushnell: Quests have definitely been a guiding light for us in development, but when designing, we sat down and said, “What do we like and what don’t we like about physical quests?” One thing that comes to mind is that there are a lot of puzzles that allow you to rotate objects in three-dimensional space, and we decided not to do this, not only because it requires more work, but also limiting it for players makes the question “what is the riddle” easier to answer.

Q: How many rooms will players encounter in Escape Academy?

At the time of the launch of Bushnell: Escape Academy there will be 13 rooms. We have some post-launch content update plans that will increase these numbers. To quote McConaughey’s character from The Wolf of Wall Street: “These are the newbies in this racket.”

Q: The Steam page for Escape Academy promises players that they can “brew the perfect cup of tea.” Can you tell us a little bit about brewing tea and share other unconventional gameplay that players will face?

Salykh: Actually, you’re the first one who asked us about tea. In my opinion, a good quest begins with an interesting mission. In the first few levels, we stick to the classics, with missions like “escape from the room!” but as the players progress, the professors will prepare more and more unexpected lessons. This includes brewing a soothing cup of tea in deadly circumstances.

Q: Could you tell us a little bit about the Escape Academy online cooperative? Do any puzzles work differently for two players?

Salykh: “Two heads are better than one” — that was the principle of our multiplayer mode. When we were building real-world quest rooms, we put a lot of effort into developing “conversation starters” — puzzles that prompted discussion.