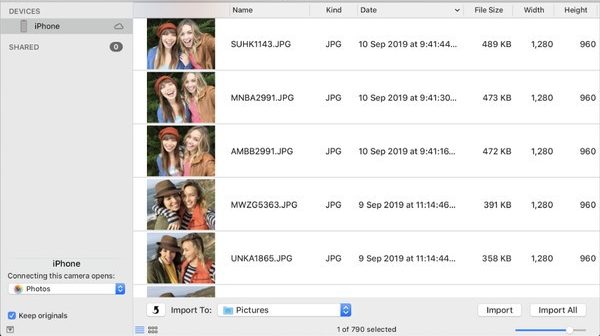 A critical error has been discovered in the Image Capture application, which Apple users use to transfer images from macros to other devices. The error fills hard disks by adding blank data to the photos.

Apple’s Image Capture application for macOS users is used to transfer images and videos from the camera, iOS devices, iPadOS devices and other devices with cameras to Mac devices. But in practice, a bug that recently occupied storage space was discovered while transferring photos to Mac.

The bug, discovered by the developers of NeoFinder, the media app for macOS, was shared in a blog post titled “Another macOS bug in Image Capture.” The error comes when Apple’s Mac tool, HEIF photos taken by iOS are converted to standard JPG files.

The NeoFinder team said about the error in his blog post, “It’s a huge waste of space, especially considering Apple is selling ridiculously Macs with 128 GB of internal SSD. For example, in just 1000 photos this error is valuable and it takes up 1.5 GB of space on your expensive SSD disk space. ” used expressions.

NeoFinder’s developers state that they discovered the error “by chance” when trying to improve NeoFinder’s data capabilities using Hex Fiend. As you can see above, blank data with no equivalent in the image file has been added. Let’s underline once again that the error occurred only when transferring photos from Apple devices.

The NeoFinder team says that Apple is aware of the error, and those affected by the problem may temporarily try to use a new beta version of the third-party Graphic Converter program.