Home Celebrity ERODA IS REAL: HARRY STYLES COULD LAUNCH HIS SIMPLE ‘ADORE YOU’ 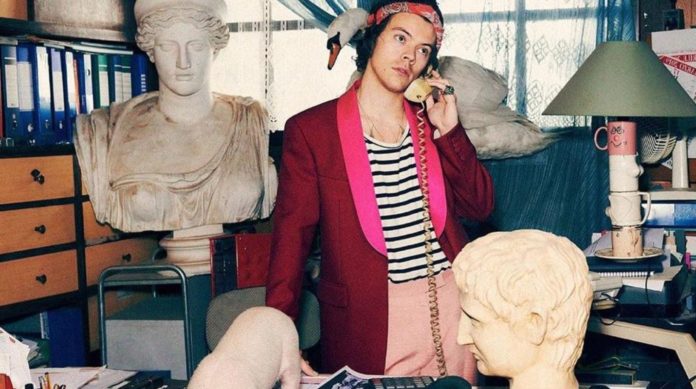 A new Harry Styles song? Apparently, the British was all the time behind the mystery of Eroda Island, the ads and the page that was created about this mysterious place.

After the theories that fans created to try to explain the relationship between Eroda and Harry, the mystery was finally solved: Eroda is real and has to do with the release of “Adore You”, a new promotional single from “Fine Line” . Here we tell you all the details.

The Harries can no longer with Harry’s mind and were surprised that the British invented an island and only for his new song. On social networks, photos of some ads circulate that revealed that “Adore You” will premiere on December 6, the same day that Harry will be featured on the program “The Graham Norton Show.”

Now everything matches, maybe Harry will sing his new song live; In addition, in the promotional images it appears drawn with the same suit with which he was discovered recording a music video months ago.

But after discovering that Eroda was about Harry Styles, the theories did not stop, because now the fans believe that the singer made some kind of metaphor with the fish that represent the island and those that are drawn in the ad. What will be the story that the Briton has prepared? The Harries await the official announcement.

Sadie Sink Once Talked about her TV show Guilty Pleasure, and...