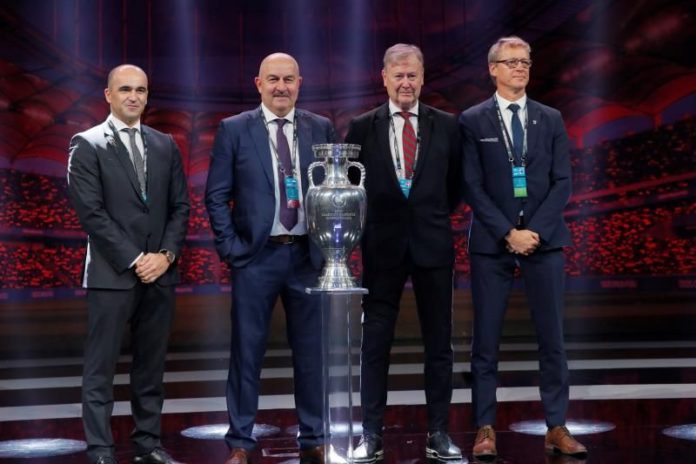 Impeccable and impressive in its qualifying phase, winner of its ten games, with 40 goals in favor and nothing more than three against, Belgium assumes group B with a favorite condition as indubitable as inescapable, with the leadership of Eden Hazard and challenged by Christian Eriksen and his Denmark, Russia and Finland.

In Copenhagen or St. Petersburg, the two headquarters of the quartet, all the forecasts point to the team led by Roberto Martínez, probably before his last service in the team in Euro 2020, not only as the strongest candidate for the first position, but also among the most serious aspirants at the highest levels.

Third in the 2018 World Cup, always in the expectation of that long-standing leap for a generation of soccer players with an unbeatable talent, it is the favorite of the group for its recent numbers, for the current moment, for the potential of its team and by the list of selected with those available for the appointment.

Specifically, one against Spain, in its debut on September 1, 2016 (0-2); one in the semifinals of the 2018 World Cup in Russia, against France 1-0; and another in the League of Nations against Switzerland (5-2). On the contrary, he has won 35 of those matches and has drawn seven, with 138 goals in favor, which give magnitude to his offensive level, and 33 against.

Denmark challenges him, with Christian Eriksen in front. The half-point of Tottenham, one of the most sought-after players in recent times in European football and with an unquestionable class, is the engine of his team. His scorer in the previous round has been Christian Gytkjær, who has beaten the rival goal four times in four games. Martin Braithwaite, attacker of the Leganés, has contributed three.

The surprising champion of the Eurocopa of 1992 is today an irregular team, out of focus of the best in Europe, with four wins and four draws in the qualifying phase, of which he was second in his group, below Switzerland, with one more point.

Russia is also far from its past, claimed in its World Cup two years ago, when it reached the quarterfinals, after eliminating Spain in the round of 16, but a rival oblivious to the successes and the prominence of times gone by.

In the previous round he shared a group with Belgium. He finished second. And he only lost two games, but the two, precisely, with the rival with whom he will meet again in the final phase, which beat him 3-1 and 1-4. A measure of the level that separates both teams today.

Finland, meanwhile, has already surpassed its history, whatever the outcome in the Eurocup 2020. It had never before played the final phase of the continental tournament nor had it crossed the limit that separates the classification of a great competition. He has done it for the first time. It has no pressure. But he doesn’t give up anything either.

Only surpassed by the intractable Italy in the group J of qualification, the pass of Finland has won merit, which has won six of the ten matches and has reached an unknown goal to the rhythm of the goals of Teemu Pukki. The attacker of Norwich, who went through Sevilla, has scored ten goals.