Home Celebrity Erica Jane says she “mixed alcohol and antidepressants” during the filming of... 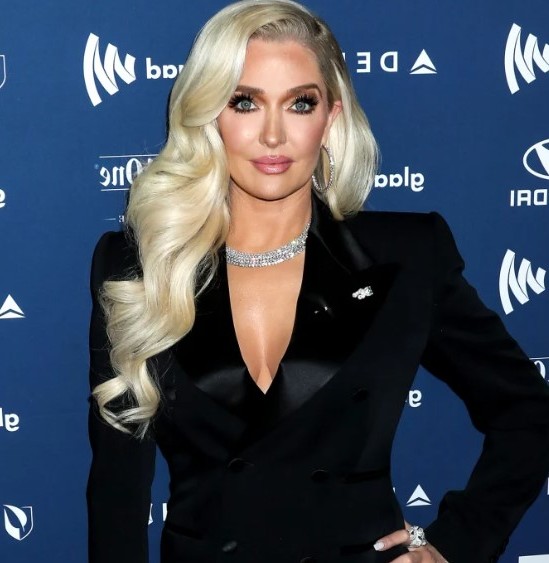 Become outspoken. Erica Jane does not hide what it was like to star in the 12th season of “The Real Housewives of Beverly Hills” against the backdrop of her ongoing litigation and subsequent drama with other ladies.

“Well, listen, I was very open and honest. “I have no problems, and I have learned my lesson, and we are moving on. I mean, will you see a moment where, you know, you’re probably going to say, “Is that Erica?” And the answer is yes. I mean, it was me.”

She continued: “It was really difficult at the time because there were moments when I didn’t want to get out of bed — more than moments, there were days and you have to do it. And let’s be honest, you know, you’re sitting at these parties, and some of these women are kind of boring. So you drink, [and then] drink more. And then you’re like, “Where am I?”. So, you know, it’s not that I’ve been drinking a lot. I was just drinking while I was taking my medication.”

Although the Georgia native, who joined the franchise in season 6, admitted that she doesn’t feel “embarrassed” by her actions on camera, she confessed to what she did.

“You know, some of my actions weren’t very good, but it’s also very real,” Erica told Us. “This is also a part of life, and I am not the first person to whom this has happened, and not the last.”

Erica began filming the 12th season of the reality show in October 2021 after her ongoing lawsuits were the focus of the previous season. The Roller Coaster singer filed for divorce from Tom Girardi in November 2020. A month later, the separated couple was named in a fraud lawsuit and accused of embezzling $2 million in compensation from the victims of the plane crash. Complaints against Erica, who has consistently maintained her innocence in this matter, were dropped in Illinois in January.

During the court battle, the Broadway graduate continued to shoot RHOBH, while many of her fellow housewives questioned her version of the story during season 11.

“I was thinking about survival, just like in the previous season,” Erica explained on Tuesday, returning to the camera. “The previous season was a real failure, [and] this season I’m really trying to pull myself together and move forward, and, you know, it was hard, but eventually I’ll get my way.”

She added: “It’s part of the human experience. I mean, you can’t go through what I went through the previous season and not feel something, not feel great and not want to have a good time. I wanted to have fun. I wanted to not feel so heavy, and that’s what I did.”

Despite all the drama, the author of “Beautiful Mess” does not regret much about how she behaved in the TV show.

“You know, I don’t regret anything in my life,” Erica told Us. “Sometimes I think that the way I speak is sometimes misunderstood. I have been trying for a very long time to be as calm [as possible] and walk on a straight road. And when I can’t hear you all the time or whatever, then… I just start raising my voice. And I think sometimes people misunderstand that.”