Home Entertainment Eric Bana Rules Out Returning as The Hulk in a Possible Marvel... 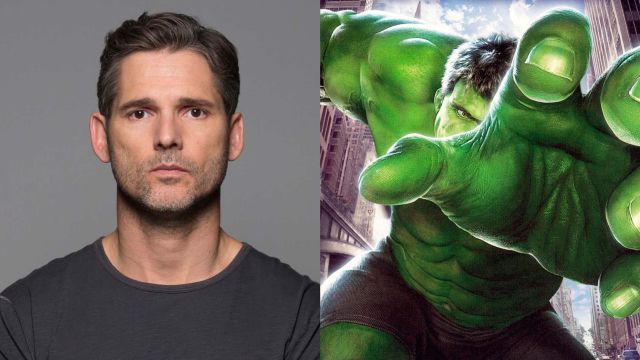 Eric Bana: The actor who played Ang Lee’s Bruce Banner in 2003 (long before MCU) has no interest in returning to his role in a hypothetical crossover.Eric Bana, the actor who played Bruce Banner / Hulk in the 2003 film Hulk by director Ang Lee and who has nothing to do with the current MCU, has stated that he has no interest in reprising his role in a hypothetical multiverse from Marvel Studios. He has admitted so in a recent interview with the channel Jake’s Takes (via Screen Rant) after being asked if he would like to return as Banner in case Kevin Feige requested it.

Marvel’s multiverse is in fashion

And it is with the advance of the Marvel multiverse with the sequel to Doctor Strange, the rumors about the Spiderverse in Spider-Man: No Way Home and the possibilities that opened after Scarlet Witch and Vision and that, most likely, will open with Loki, many are those who wonder what can happen in a hypothetical clash of dimensions of the Marvel universe, including movies of the past.

“When I made that movie, it was like before the Marvel Universe, right? That universe didn’t even really exist. So I always perceived it as a one-time movie, “says Bana when asked about a possible return as the Bruce Banner from another universe.

“Certainly, you don’t go into a movie like that thinking you’re going to do more than one, that just wasn’t at stake. Expectations are not the same as now. I thought about it as something unique, ”says the actor. In addition, he adds that they never made him an offer to continue playing Bruce Banner / Hulk for The Incredible Hulk of 2008, already as part of the UCM after the first installment of Iron Man, a role that Edward Norton finally played and that later passed into the hands of Mark Ruffalo, the current Hulk from Marvel Studios.

Eric Bana closes the subject by admitting that the superhero genre is not his favorite, precisely, and that is why he has not continued playing characters of this type.

Elden Ring is a sequel to Dark Souls according to George R.R. Martin

Netflix has released the trailer of the new Sherlock project