The Epic Games Store made its debut in December 2018 somewhat limited in the amount of features, but it has quickly made improvements to become an even better launcher and become more attractive to its players. This week, the store’s developers released images of some of the improvements that are expected to arrive soon.

In the first example above, we can see that games will gain a quick preview system, in the form of small cards that appear when you hover your mouse over a title. The card displays the beginning of the game description, the genre tags and the price of the game, accompanied by a button to add it to your wish list.

New additions also include a user profile page and extended and improved support for more games to work with achievements. The new version of the profile should be a little cleaner and clearly show quick data about the user, which includes their achievements. 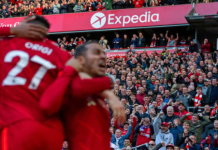 PS Vita: The Best Games From An Amazing Laptop

Diablo IV: Blizzard details the duration of the campaign