Home Entertainment Epic new Berserker fan art will cheer you up for the return... 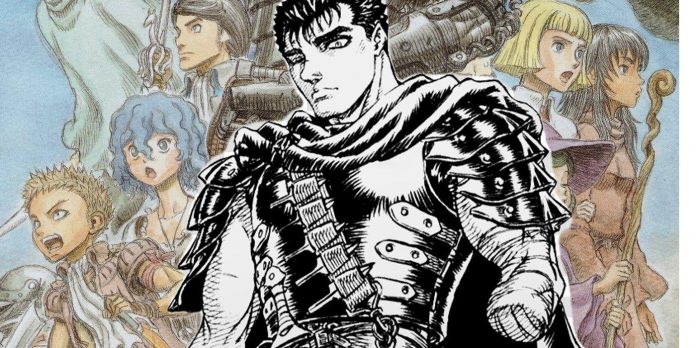 To say that Berserk fans are excited about June would be an understatement. Not so long ago, the same fans mourned the sudden news that the creator of “Berserk” Kentaro Miura died in the summer of 2021 at the age of 54 as a result of heart complications. Fans naturally agreed that the tragic death of its author also signaled the death of Berserk as an ongoing manga.

With this in mind, readers around the world have agreed that Chapter 364 will be the last chapter of Berserk after its release last September. Of course, it seemed like it would be, given that the Berserk news cycle has been quiet ever since. Then, miraculously, Young Animal announced that under the guidance of Miura’s longtime friend, Koji Mori, and Miura’s production house, Studio Gaga, Berserk will return this summer with six brand new chapters. Although Miura did not leave a rough outline after chapter 364th, he still discussed the plans he had with employees and friends who would continue the story in the future. It is clear that fans continue to rejoice in excitement since the announcement.

While preparing for the return of the beloved series, artists such as @Venommoe on Twitter have found restored inspiration to create brand new Berserk fan art. This fan art, shown below, depicts Gats and Griffith in full armor and ready for battle. The contrast between them is as palpable as in the manga: Gats is a towering mass of metal and violence, and Griffith is mystically elegant even in his bulky armor. This is a truly impressive piece of fan art that should inspire any Berserker fan to a confrontation that has been preparing for more than three decades.

Of course, the last time readers saw Gats and Griffith on the pages of “Berserk” was in what was originally supposed to be the climactic final chapter. In chapter 364, Gats and Kaska get an amazing (but for longtime readers who have watched their journey up to this point, a relief) moment of peace throughout the chapter before it unexpectedly ends with Moon Boy revealing himself as Griffith, or at the end at least part of the infamous antagonist.

The transition from allies to enemies and possibly to allies again and again demonstrates the complex nature of the relationship between Gats and Griffith, as they have been since their first meeting. It’s hard not to be thrilled to see the relationship between Gats and Griffith develop even further in these future chapters. Not only so that readers can better understand exactly how Chapter 364 ends, but also so that fans of “Berserk” understand how such a complex relationship can develop and eventually end.

Of course, Eddie’s song Upside Down was perfect!

After deaths during filming, Netflix suspends production and an investigation is...