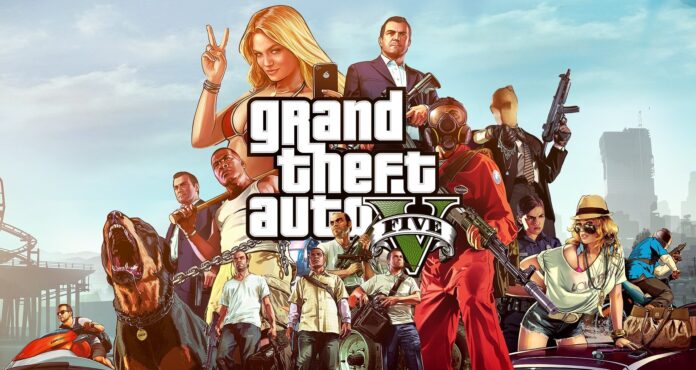 GTA 5, one of the most successful games released by Rockstar Games, has proven its worth by selling tens of millions to date. According to a recent claim, Epic Games will organize an incredible discount campaign for those who have not yet purchased GTA 5.

Launched by Rockstar Games in 2013, GTA 5 has reached a hard-to-reach popularity. Challenging the top of the list of the best-selling games in the world, the game still sells like bread, even after years of its release.

GTA 5 has already been purchased by the vast majority of gamers who spend a lot of time at the beginning of the game. In fact, the game has sold more than 100 million copies so far, according to the latest data released. Satisfied with this interest, Rockstar Games continues to improve the game and even today there are various updates for GTA 5. Some recent claims reveal that GTA 5 will face gamers with a campaign that has never been seen as of tomorrow.

Allegedly, GTA 5 will be free as of tomorrow
Epic Games has shaken Steam’s monopoly with its discounted and free game campaigns. As part of these efforts, the company also showed that it would not practice its cowardly in competition with Steam by giving it a free game every week. According to allegations, the new campaign Epic Games will launch tomorrow will include a much larger production, GTA 5.

There will be no restrictions on the campaign
Allegedly, Epic Games will offer GTA 5 free to all players by tomorrow. Moreover, according to the sources making claims, Epic Games will not make any restrictions on the GTA 5 campaign. In other words, GTA 5, which will be offered for free, will meet game lovers with all its modes, items and action including the Online version.

Epic Games has begun counting down for a mysterious game
It has traditionalized Epic Games’ free game campaigns. The platform does not reveal the secrets of the games it will offer free of charge, while sometimes informing the days before. You can see that a countdown has started when you access Epic Games’ website right now. Epic Games uses the phrase “mysterious game” for its campaign that will start tomorrow. Who knows, maybe Epic Games can turn millions of players into subscribers at once by offering a popular production like GTA 5 for free.

Turkey’s government did not agree to stop using WhatsApp!