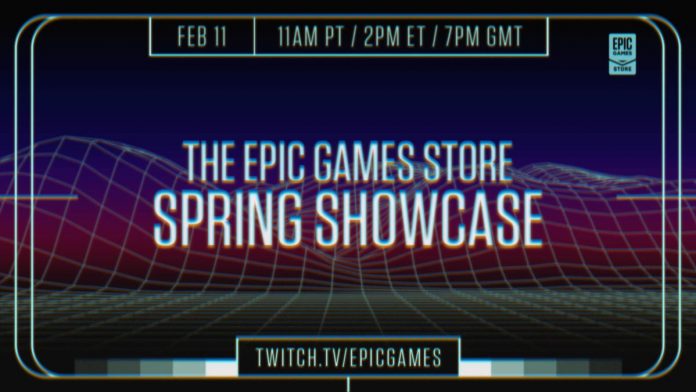 The popular Epic Games digital video game store will hold its own online event on February 11 with great news and promotions.

Epic Games has announced that next February 11 it will hold an online event called Epic Games Store Spring Showcase, a broadcast that can be seen through Twitch from 8:00 p.m. CET and in which announcements will be made, Trailers will be shared, new gameplays will be shown and several developers will be interviewed, all accompanied by juicy discounts on various titles.

“Join us for a look at some of the games coming to the Epic Games Store this year. We have prepared the latest news, games and other novelties presented by the developers of the games that we all love ”, they assure from Epic Games. In addition, its managers have announced the first discounts available for the following titles:

These sales will start on the same day as the event and will be valid until February 25 at 8:00 p.m. CET; Additionally, more discounted games will be announced, such as Immortals: Fenyx Rising, Godfall, Watch Dogs Legion, Carrion and many more.

“The special offers will be available from February 11 at 17:00 CET until February 25 at 17:00 CET. Click on the link below to see a preview of the games that will be on sale. And while you’re there, also add some games to your wish list to receive notifications when they are on sale! ”, They share from Epic Games.

At the moment, it has not been revealed what news will be presented at this Epic Games Store Spring Showcase, although the company itself has already ensured that they have more than 100 exclusives ready to launch on their platform during the next two years.

Stranger Things: Finn Wolfhard says it will be the darkest

Deal to be discussed: France shook hands with WhatsApp