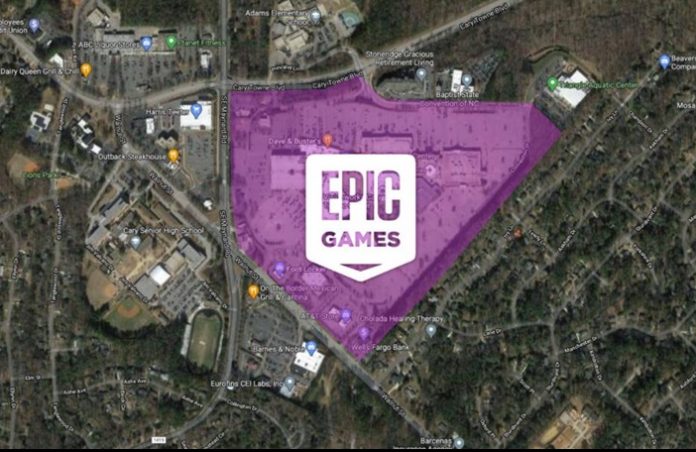 Epic Games, one of the well-established companies of the game world, bought a shopping center in the USA that spans 91 thousand square meters. The company will turn this shopping center it purchased into its new main center.

Epic Games, which managed to attract attention especially with its free game campaigns in the digital play store, made a remarkable move again. However, the company drew attention not with what it gave but with what it received.

The company, which has managed to attract attention in the game world in recent years, bought a shopping store in the USA. Epic Games bought a 91 thousand square meter shopping mall named Cary Towne Center in Cary city of North Carolina, USA.

This huge area purchased by the company will be used as Epic Games’ new headquarters. This land, which will be the new home of Epic Games, will be demolished and rebuilt. This main campus, which will take 3 years to build, will open its doors to Epic Games employees in 2024.

This 91 thousand square meters of land will be completely owned by Epic Games when the purchases are completed. However, the company said some parts of the land could be made available to communities in the region.

Epic Games was founded in 1991 in Potomac, Maryland. The company moved to Cary, where it still operates, in 1999, 8 years after its establishment. He also bought the new land to move its headquarters from the city of Cary.