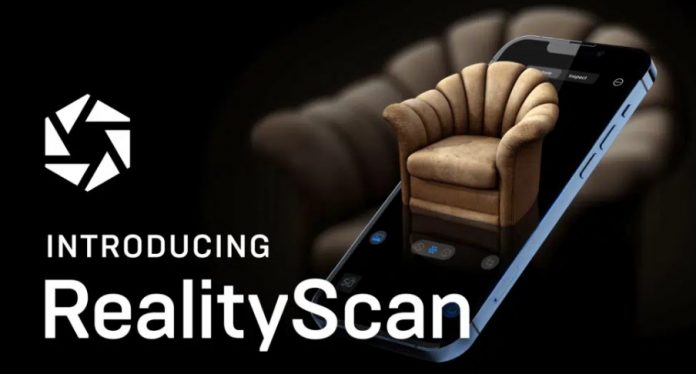 The application uses smartphone cameras and photographs to create high-quality 3D photogrammetric models of real-world objects for use on digital platforms. You can learn more about how it works in the new Epic commercial embedded below.

In the video, the user takes several photos of an object — in this case, a chair — which then allows the application to create a 3D model that can be used in digital applications, as well as scaled and positioned as needed.

Epic states that the app “guides users through the scanning process with interactive feedback, AR guidance, and data quality verification,” and can then create a model “almost instantly.” The resulting models can be uploaded to Sketchfab (which Epic acquired in the middle of last year) and used on many platforms, including VR and AR.

The app was developed by Epic in collaboration with CapturingReality (acquired by Epic last year) and Quixel. It is currently in a limited beta for iOS – the first 10,000 users will get access on a first—come, first-served basis, with wider access coming later in the spring.

This is not the first app to offer a form of 3D scanning on smartphones, but it is perhaps the most high-profile hack of this concept. Capturing 3D objects is likely to play a big role in the future of VR and AR. Headsets such as the Varjo XR-3 with lidar allow users to scan their surroundings and present them to others in real time, and games such as Puzzling Places also demonstrate the creative potential of photogrammetric data by offering puzzles consisting of real objects and places. , scanned into the game as 3D models.

You can join the limited beta version of RealityScan for iOS right now, while there are places, through TestFlight. Android support will come later this year. You can read more about RealityScan here.

The claims made for Battlefield 2042 have come true!