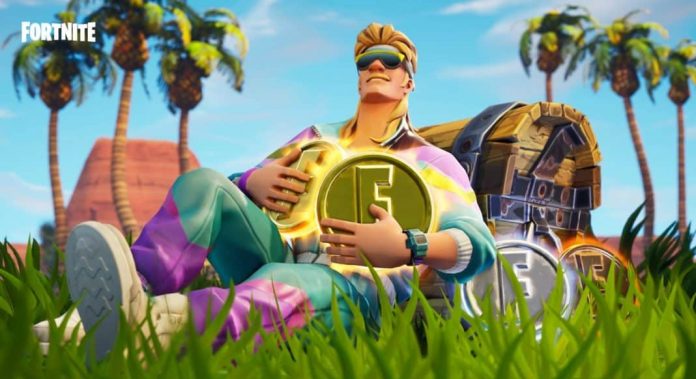 Epic Games, the developer of the Fortnite game, said in a statement today that it has filed an official antitrust complaint against Apple to the European Commission. Epic claims that Apple’s “carefully designed anti-competitive restrictions” “completely eliminate competition in app distribution and payment processes.” He suggests that this in turn leads to higher prices for consumers to play and gives Apple too much control over the developers on its platform.

The complaint was Epic’s latest legal action in its ongoing dispute with Apple. The developer criticized Apple’s control over software distribution with the App Store and its policies on payments, which typically include a 30 percent cut that Apple imposes on in-app purchases. Epic CEO Tim Sweeney calls this 30 percent cut “tax”. And Epic claims that Apple’s policies give their services an unfair advantage over other iOS developers. In November, Apple announced it would cut its App Store commission rate to 15 percent for developers with an annual revenue of less than $ 1 million, in a clear response to the pressure from developers and regulators.

In its statement, Epic Games states that it does not seek damages from Apple in the EU. Instead, he says, he wants “timely and effective solutions” to resolve what Apple claims to have anticompetitive practices. When asked what these remedies should be, Epic CEO Tim Sweeney said, “We just want to see that these platform companies are prohibited from using their control over hardware to gain control over secondary markets and force them to compete on an equal footing with every competitor.” said.

Epic’s dispute with Apple broke out when the developer tried to overcome Apple’s 30 percent cut in in-app purchases in Fortnite. Apple responded by removing the popular game from the App Store. Later, a lawsuit came from Epic. Epic then took legal action in Australia and filed a complaint about Apple’s actions to the UK’s antitrust court earlier this year. Epic Games and Apple will meet in court in May, according to the FT.

In addition to challenging Apple, Epic also sued Google for removing the Android version of Fortnite from the Google Play Store.

Responding to Epic’s latest court application, Apple told Bloomberg that Epic had deliberately violated App Store policies and that they “apply the same to every developer and protect customers.” He also said that Epic’s actions “victimize customers” and look forward to clarifying this to the European Commission.

Epic’s new complaint comes after the EU announced last year that it launched an official antitrust investigation with Apple via the App Store and Apple Pay apps. The EU states that it is concerned that Apple’s policies will block and distort competition when its services compete with other developers in the App Store. The messaging application Telegram also complained to the EU about Apple’s policies, demanding that users allow software downloads outside of the App Store.