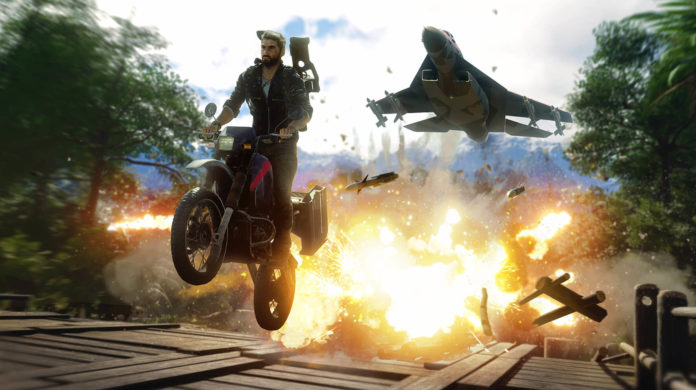 Epic Games Store, which has thrown the throne in the hearts of the players thanks to distributing many productions for free, will give Just Cause 4 free next week. Players will be able to add Wheels of Aurelia to their libraries for free, as well as Just Cause 4.

Epic Games Store, which has managed to become one of the most popular game platforms of today by giving them what they want most, is rapidly progressing on this path. The platform has been offering players one or two free games every week since its debut.

Just Cause will be given free:
Starting with the Just Cause game released by Avalanche Studios in 2006 and giving life to the crazy Rico Rodriguez, the series finally reached its 4th member Just Cause 4 in 2018. The game appeared as a very good action game by putting new ones on top of the main gameplay items that Just Cause series has offered since the very beginning.

Next to Just Cause 4, Epic Games Store will distribute the production of Wheels of Aurelia to players for free next week. Launched in September 2016, Wheels of Aurelia is an ideal game for players who want to see different endings with their choices.

Wheels of Aurelia, which will be offered for free together with Just Cause 4, tells the story of an Italian woman traveling on her own country. Players; They can visit several cities in the north of Italy, hitchhikers on their way and come across many different events that have occurred.

You can add Just Cause 4 and Wheels of Aurelia, which will be distributed free of charge through the Epic Games Store, to your Epic Games library from April 16 to April 23. However, don’t forget to add Close to the Sun and Sherlock Holmes: Crimes and Punishments productions, which are now available for free.

Batman, Injustice and DC hero games are on sale this week

Fortnite: Ghost Rider skin, how to get it for free