Journalist Jason Schreier revealed that Epic Games bought developer Mediatonic, responsible for Fall Guys: Ultimate Knockout. The information was given by Twitter on Tuesday (02). Minutes after the revelation, the official profile of the game battle royale producer confirmed the story.

GREAT NEWS! Mediatonic is pleased to announce that it has joined the Epic Games family! “, Said the developer on her social networks.

Along with the confirmation, Mediatonic launched a website explaining all the details about the business and what that would change in the company. The company explained that this is “a huge win for Fall Guys”.

As soon as the title was released in August last year, it became an instant hit. Since then, the team working on the title has grown from 35 to over 150 people. The company also said that “there are many other things that they want to build for the players”.

“The joining of forces with Epic Games will accelerate our plans to improve the game and bring Fall Guys to as many players as possible,” said the company in an excerpt from the statement.

On the same page, Mediatonic held a FAQ session (frequently asked questions). One of the questions and answers given by the company itself was whether the game could become free-to-play. About this, she commented “nothing to announce at this moment”, indicating that there is a great possibility that at some point the game may be free.

The developer also commented on plans for the future. Citing Epic’s Fortnite and Rocket League games, she said she would like Fall Guys to have features like an account system, cross-play, team versus team game mode and more.

As to why they chose to join Epic, the company replied that both “have been fans of each other for a while” and when the professionals from the two companies met, they found that “they had something in common and share several goals” .

In another point, regarding the support to the community, the person in charge of the battle royale informed that everything will remain the same. “We will continue to be close to you and we will continue to talk with the same openness and honestly,” she argued.

And you, what did you think of the news? Do you believe that Fall Guys can improve after the closing of this agreement? Leave your opinion in the comments box below! 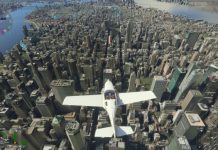 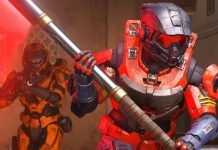 QuakeCon 2021 Confirms Its Return In Digital Format And Reveals Dates