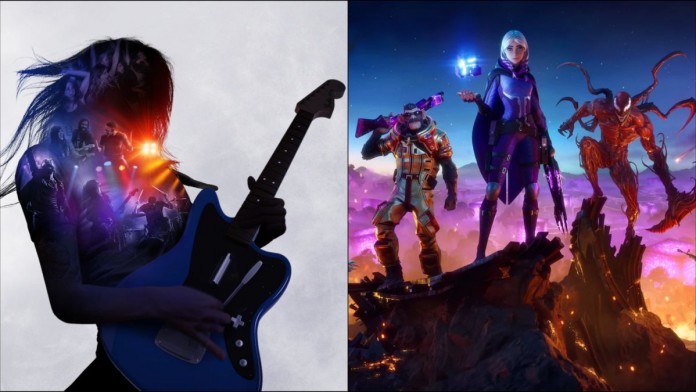 Epic Games: The creators of Rock Band join Epic Games as a development studio. They work on “musical journeys” and playable content for Fortnite. Epic Games takes out the wallet again. The American giant acquires Harmonix, the studio responsible for hits like Rock Band and Fuser, their latest work. The team reveals that they will work with Epic to “create musical journeys and content” for Fortnite. We must wait for the next dates in order to know what they will take to the battle royale.

“Harmonix has a history of creating fun music experiences designed for everyone to enjoy. As we work to build the metaverse, their expertise is needed to reimagine how music should be experienced, created and distributed ”, reveals Epic Games in its official community. Beyond working on Fortnite, they will continue to support their current titles, such as Rock Band 4 and Fuser.

Alex Rigopulos, co-founder and president of Harmonix, declares that the studio has always been inspired by “creating the world’s most beloved interactive music experiences.” “Together we will push the creative limits of what is possible and invent new ways for our players to make, perform and share music.”

“Music is already drawing millions of people to Fortnite,” explains Alain Tascan, vice president of video game development at Epic Games. Tascan refers to the concerts and events that we have been able to see in recent months. “Together with the Harmonix team we will transform how players experience music, from passive spectators to active participants,” he concludes.

From Harmonix they indicate that the plans of additional content for Rock Band “will continue” and that during the next year they expect “many great songs”. On the other hand, the rival seasons will remain as they were planned. Season 25 is already planned; they already work in 26 “and beyond.”

Your games will also not disappear from clients where they are available, including Steam and consoles. On the other hand, they have no current plans to add more instruments to Rock Band.

David Boreanaz Praises SEAL Team Season 6 and takes Us Back...