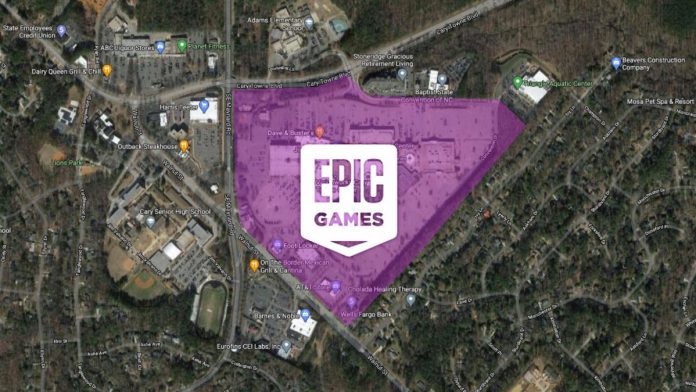 The creators of Fortnite plan to reform the place and plan to open in a few years, specifically in 2024. Epic Games has gone shopping and has acquired the entire building.

The North American company has acquired the Cary Towne Center, a huge shopping center very close to the current headquarters of the company, which is located in Cary (North Carolina). The place will spend the next few years of works, since the new Fortnite house is scheduled to open its doors in 2024. That is, the project includes 3 years for construction and remodeling work.

According to Eurogamer, although Epic Games will become the owner of the Cary Towne Center, some areas may still be used by the local community, Epic Games itself has explained. The history of the creators of Gears of War and the Unreal Engine has not always been linked to Cary, although it has been there for many years. Tim Sweeney, co-founder and CEO, started his company under a different name, Potomac Computer Systems. In 1999 he moved to Cary and now they have 50 offices around the world.

Following the overwhelming success of Fortnite, Epic Games has become one of the most sought-after companies in the video game industry. Part of those profits have been invested in the creation of its digital platform, Epic Games Store. At the same time, the firm continues to maintain a tough legal fight with Apple, marked by a legal battle that will take place throughout the current year 2021. While Epic Games accuses Apple of monopolistic practices, those of the apple see a clear strategy of marketing,

Epic Games Store has been giving away free games all the Christmas holidays. Although the daily promotion has now ended, it is still possible to get the latest title, Jurassic World Evolution.

Call of Duty Modern Warfare 2 Remastered arrives on PS4 with...

Dates Leaked for Xiaomi to Release Beta and Stable Versions of...