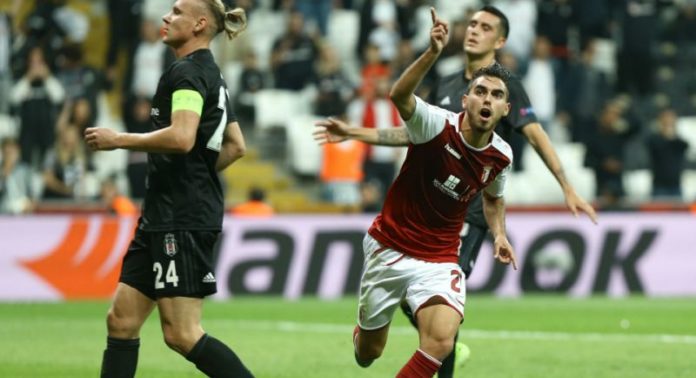 After six substitutions without seeing any minute during this 2019/20 season, the Chilean defender Enzo Roco returned to play official football with the Besiktas shirt, which on Thursday fell at home at the hands of Sporting Braga and practically sentenced his luck in Europe League, which after three days still did not add any points and is six units of the second with nine in dispute.

The story goes back to March 2, when in the equality of his squad 2-2 against Kayserispor he left the bank, just in the 60th minute, to relieve Dorukhan Toköz. After that half hour of activity, he had never been considered again, being relegated to the most secondary history.

In March he did not leave the bank against Göztepe, and in April he repeated that status before Rizespor, Konyaspor, Istanbul Basaksehir, Sivasspor and Ankaragücü, to end that campaign in May 18/19, between the substitutes vs. Galatasaray, Alanyaspor, Trabzonspor and Kasimpasa.

The preseason arrived, and the fate of the former Catholic University seemed to change, since in the friendlies it assumed a leading role. He replaced Nicolas Isimat-Mirin (who went to Toulouse) at halftime against the Pendikspor, scored a goal to Kocaelispor and at the break he left to give way to Necip Uysal, same situation as against Eibar, but in that duel he played 66 ‘ . Always starting, he played 64 ‘vs. The Ümraniyespor. But the official competition began and everything changed.

Roco’s balance in 19/20 records 0 minutes for the Turkish Super League after five substitutions, and the 90 against Braga in his second consideration for Europa League. After 236 days, Abdullah Avci gave him an opportunity to prove his worth in a match for the points: he received a yellow one in half an hour for fouling Wenderson Galen and, accompanying the captain and world vice champion Domagoj Vida in the rear, touched the ball in 97 opportunities.

Among its 93 passes, it delivered 81 correctly, reaching an accuracy of 87%. In addition, a successful entry was recorded in his personal statistics in the first chapter of which, he hopes, paves a potential return to the Chilean National Team, which in the duel against Serbia led as captain in a 2018 that looks too far away.

The goals of Ricardo Horta (38 ‘) and Wilson Eduardo (80’), plus the partial draw of Mehmet Umut Nayir (71 ‘) shaped the development of the score. The K zone is led by the Portuguese cast with 7, followed by Wolverhampton, who reached 6 against Slovan Bratislava, third in the standings, with 4. Besiktas did not add. Although Roco returned. At last.