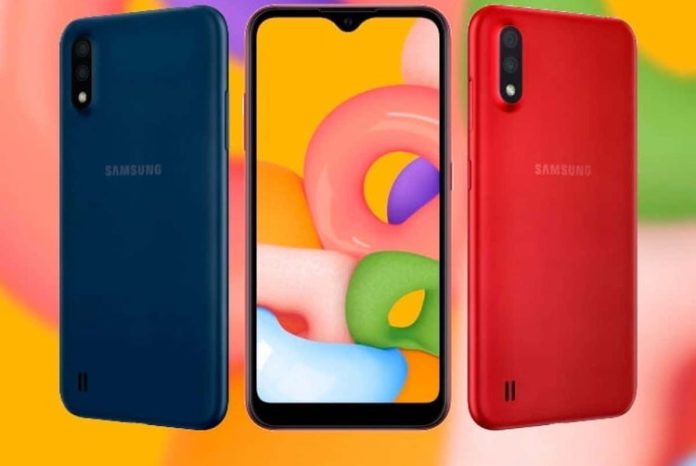 South Korean technology giant Samsung will add a new one to its entry-level phones with the Galaxy M01. The new smartphone appeared on the Wi-Fi Alliance’s website.

The Samsung Galaxy M01 is expected to arrive as an entry-level, budget-friendly phone. The new smartphone finally appeared on Wi-Fi Allience’s website. The device’s Wi-Fi certification has revealed some details about its technical features.

The Samsung Galaxy M01 appeared on the Wi-Fi Alliance site with the model number SM-M015G / DS. The DS number in the model number indicates that the phone will have dual SIM card support. Also, according to the Wi-Fi certificate, the device will support 2.4 Ghz frequency bands and will work on Android 10 operating system.

The entry-level new model of the ‘M’ series was also seen earlier this month in Geekbench. According to Geekbench, the smartphone will come with a 4-core Qualcomm processor with a maximum clock speed of 2.02 GHz. The device will also have 3 GB of RAM and 32 GB of internal storage.

Some reports that came out last month suggested that the processor used in the Galaxy M01 will be the same as the Snapdragon 439 used in the Samsung Galaxy A01, introduced in December last year. It is among the rumors that the phone will have 3 different color options. There is no information yet on the launch date of the Samsung Galaxy M01. However, the fact that the phone is seen on the Wi-Fi Alliance indicates that the promotion may be close.