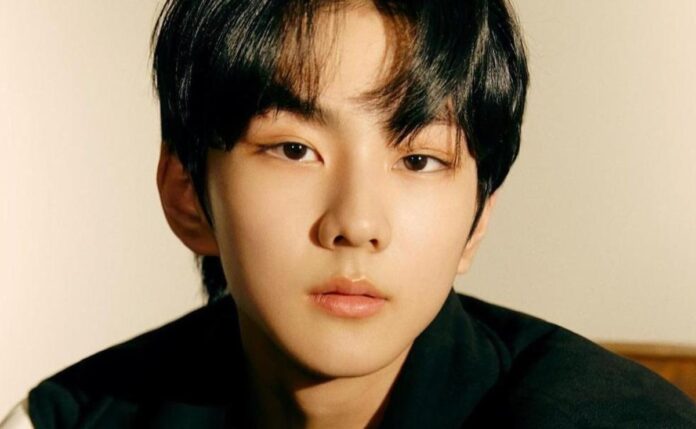 ENHYPEN leader Jungwon shared his thoughts on BTS’s Jungkook, the idol explained why he admires him so much and became his role model.

The winning I-LAND rookies made their debut last November and recently released their new MV “Let me in”. During their stay in the reality show, the boys passed tests to be chosen and showed themselves to be the best, in one of the episodes they had to fulfill a mission from BTS, since then, Jungkook became an inspiration for the leader.

Through the new issue of Weverse magazine, ENHYPEN shared a short interview and Jungwon did not miss the opportunity to talk about his role model for him: BTS’s Jungkook. Despite the age difference of nearly 7 years, the Golden Maknae impressed the young rookie with his performance on stage and his versatility.

Jungwon was chosen as the leader of ENHYPEN because his peers trust him, regardless of whether he was not the oldest of the group, as is generally customary, being so young he noticed the youngest member of Bangtan, because despite his age both have managed to excel in their groups.

JUNGWON CHOOSES JUNGKOOK BY BTS AS ITS INSPIRATION

The leader of the K-pop group explained that he chose Jungkook because he assures that he does everything well, also has versatility when it comes to singing and dancing, he can go from a relaxed atmosphere with Boy With Luv to something powerful like ON.

Jungkook is characterized by his passion when it comes to dancing, his favorite color is red, which defines him as an energetic person and Jungwon was conquered by his way of singing and dancing, from soft to strong, depending on the song, also always he has a relaxed expression on his face.

Being able to adapt to the energy of songs or performances was what attracted Jungwon. Some ENGENE have found similarities between both idols, especially physically and in the poses of their selfies.

Nabilla gives gifts to all her concierges and is generous!