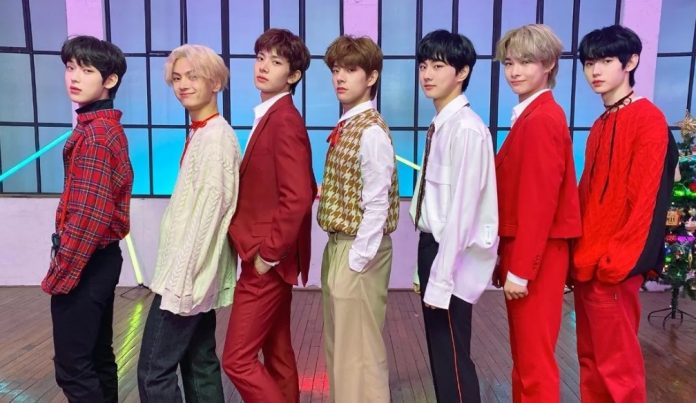 Continuing with the vampire narrative, ENHYPEN released an animated horror tale video for their new album “Border: Day One.”

The boys of ENHYPEN continue with their first idol activities, the group released the video for “Outro: Cross the line”, Bside of “Border: Day One”.

The winning group of the survival show “I-LAND” managed to fulfill their dream as K-pop artists and after passing the rounds of the program and winning the hearts of the fans they became the new rookies of the industry. The boys decided to give ENGENE a New Year’s gift and released a new video.

After making their comeback on November 30 with the album “Border: Day One”, ENHYPEN showed their facet as vampires and made their official debut, now they have taken up this concept to tell an animated horror story through their new MV “ Outro: Cross the line “, the video registers almost half a million reproductions.

The new idols have expressed that some of their figures to follow are BTS’s V and Jungkook, with whom they share management, since BigHit shares this project with Mnet. Despite having only a couple of months of career, they have managed to win the affection of their fans thanks to their dark and energetic style.

With this video, it would be the third single that ENHYPEN promotes , the boys debuted two months ago and their first video showed their vampire costumes, which they took up for this song.

The animated video shows the character of a boy wandering until he reaches a mysterious castle, the atmosphere is terrifying, while a voice in the background whispers phrases from the song. ENHYPEN’s dark concept has enchanted ENGENE with this new single.

See Also
ENHYPEN travels to the stars in Let Me In

“Outro: Cross the line” is the first project released in 2021 as a gift to their fans, the boys are expected to have their first debut comeback to continue growing their career.Recently, the boys also released their new video “Let me in” , where they take a trip to the stars.

Iris Mittenaere is so stylish in a sequined dress!