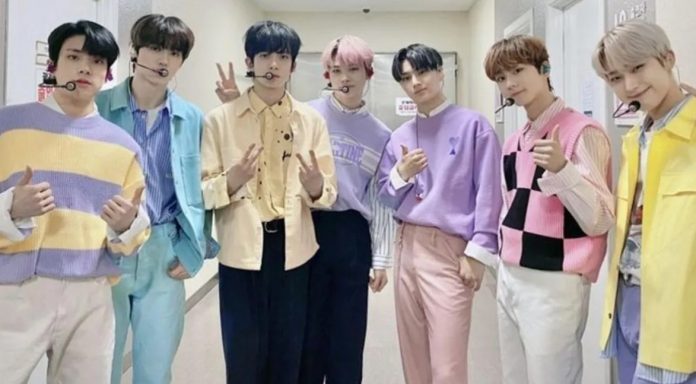 After the news of the contagion of 5 members of ENHYPEN, ENGENE met on social networks and sent them words full of love. Which members of ENHYPEN have tested positive for COVID 19? After a health exam, 5 members of the boy band were diagnosed with the disease coming from China, and BELIFT LAB said this.

At the beginning of September, the BELIFT LAB company released a statement in which they reported on the health of the ENHYPEN members, 5 of them tested positive for the COVID 19 virus in a health test.

According to the company, on August 26 all K-Pop singers and rappers began with a quarantine after a production person was infected, later Jake shared that he had some symptoms corresponding to the disease.

So the health center tested Jake and it came back positive. While Heeseung ,Jungwon , Sunghoon, and Jay reported that they experienced a cough, fever, and were tested for their condition, it revealed that they had been infected.

ENHYPEN CANCELED THEIR PARTICIPATION IN KCON: TACT DUE TO CONTAGIONS IN THE LINEUP

ENHYPEN’s agency assured that the rest of the idols of the musical group and all the staff people entered a self-quarantine and constant health exam to rule out any danger or new infections.

FEVER performers had several special activities, projects, and presentations on their agenda, such as their participation in the KCON: TACT online convention. Due to the situation of Jake, Heeseung, Jungwon, Sunghoon, and Jay, the group’s performance was canceled.

BeLift Lab apologized to ENGENE from everyone who was ready to enjoy their show, but they assured that they will put all their heart and energy into the recovery of the stars. Nothing was announced about ENHYPEN’s upcoming comeback, scheduled for September.

After the news was revealed, the fandom of the group that emerged with the I-LAND program took over social networks with the hashtag #AlwaysWithENHYPEN, where thousands of followers posted their feelings and messages of support for their favorite artists.

ENGENE wished the members who tested positive for COVID 19 all the best, asked them to rest a lot, also to take care of themselves, and of course, they will patiently wait for the return of the idols.

Hopefully, the boys recover satisfactorily, but in the meantime, you have time to catch up on everything about the band, we invite you to see: What role does each ENHYPEN member have within the band?

Jude Bellingham Will Meet With The Management of Borussia Dortmund This...