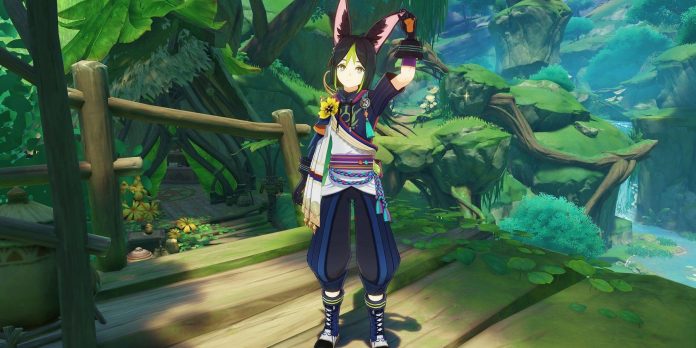 Zach Aguilar, English voice actor of Aether, recently hosted a broadcast with English voice actor of Tignari, Elliot Gindy, and discussed the voice acting of characters in Genshin Impact. In particular, Zach raised the topic of the pronunciation of Tignari’s name and how Elliot would pronounce the character’s name. Genshin Impact’s new character from Sumeru, Tignari, apparently comes from Middle Eastern culture. Although Elliot is of Middle Eastern descent, he has never heard the Arabic pronunciation of Tignari. In addition, the exact pronunciation of tignari can be difficult for an English-speaking audience, so the voice directors determine an easier pronunciation based on the wishes of the developer.

Voice direction is a key factor determining the pronunciation of the names of Genshin Impact characters, and directors take into account the audience of the game when working with voice actors. The USA is one of the largest Genshin Impact markets in the world, and pronunciation can be determined by this English-speaking audience. If a character’s name is difficult to pronounce, it may also be harder to present and advertise. As a result, the voice actors are asked to pronounce the names that have been determined for the English localization.

The topic of pronunciation arose after a debate in the Genshin Impact community about the name Tignari. Zach Aguilar and Elliot Gindy touched on this topic to dispel misconceptions about English voice actors. The voice directors allowed only the pronunciation that was defined for localization, and voice actors such as Zack and Elliot must follow these instructions in the script.

Genshin Impact brings together many cultures to create a thriving and vast world of Teiwat. As a result, misunderstandings may arise due to the clash of these cultures and different languages being considered as the game continues to grow. The Genshin Impact community should try to understand this compromise for the sake of a game that continues to invite players from all over the world.

Genshin Impact versions 3.1 to 3.5 will introduce even more characters with their own talented cast of voice actors. English voice acting should not be taken for granted, because today it helps to convey some of the most memorable moments in games.

My Hero Academy misses an important fact about Bakugan growth