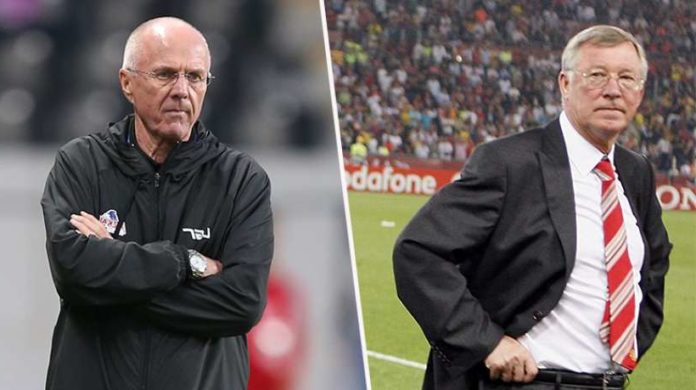 Before the 2006 World Cup, Sir Alex Ferguson and Sven-Göran Eriksson, the Three Lions coach, had a heated dispute over Wayne Rooney. This is what really happened.

Relationships between national coaches and club coaches are not always good. Niko Kovac and Didier Deschamps can testify as they have not agreed on the management of the case Lucas Hernandez. The French international defender, and World Champion in 2018, comes back from a knee injury and Bayern Munich did not want him to be selected for this international break. Position not taken into account by the staff of the Blues.

Between 2001 and 2006, Sven-Göran Eriksson, the Swede, was national coach of England and he was dealing with Sir Alex Ferguson, then on the bench of Manchester United. While he was finishing his metatarsal, Wayne Rooney was summoned by the Swede to compete in the World Cup in Germany. And that did not please at all to the Scottish, emblematic technician of the Red Devils. It was the Swede who told this story to The Times.

“With Alex, what was amazing was that it was seven in the morning or earlier. Always. When he was angry. And it was never “Hello Sven, how are you?” It was “whuurssshhhh”. I thought he was going to kill me. He said, “I’m going to kill you, you’re done.” But I represented England and you have to face, “he began by explaining before going on the details of this telephone communication that can be described as stormy.

“Fuck you, what’s wrong with you? ”
“What is right is right and what is bad is bad. When he said “do not take Rooney because otherwise I’ll kill you …”, I said, “Fuck you, what’s wrong with you?” And he was screaming. Whenever he was like that, it did not make sense. That’s why I said, “Alex, I’m going to Rooney, now have a good vacation, Ciao, goodbye,” he said, miming his way of putting his phone on a table.

Sir Alex’s hard and sulphurous character did not really stop Eriksson from doing his job and selecting, even injured, the nugget of English football at the time. Rooney will start only the third meeting of hens, without finding the net. He chained with a tenure in the eighth finals against Ecuador (1-0), then the quarter against Portugal (0-0, defeat on penalties 1-3). So we can say that Rooney might have stayed home that summer. To the delight of Sir Alex Ferguson.