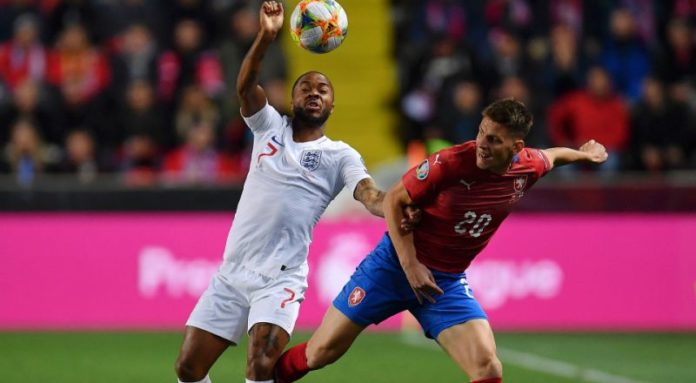 England had a risk visit to the Czech Republic for the Euro 2020 classification and the final result ended up confirming this assertion. The local team raised a locked game, waiting for their opponent and took all three points deservedly.

The British team hit first, just started the match, through a penalty they made to Raheem Sterling and converted by Harry Kane. But the Czechs reacted quickly and came to equality in the 9th minute through Brabec, who pushed her into the net after a corner.

After the flood of initial goals the game stagnated a bit in a dynamic that had the English with the ball and the locals waiting well stopped, but the 1-1 did not move until the break.

In the second half things began to move a little more. Sancho and Sterling, the extremes of the Three Lions, were slowly picking up and it was the wing of Manchester City that had a clear one before the quarter of an hour, although goalkeeper Vaclik resolved with a swipe.

A minute later it was the Czechs who had the chance with a great shot from outside Masopust, but the one who appeared was Pickford to get her over the crossbar in a great way with a perfect save. Pickford himself had another good intervention against a shot by Kral from the right.

England was able to win it over the final by a hand in hand with Kane, but goalkeeper Vaclik, with his feet, disarticulated the attack. However, five minutes from the end, it was the Czech Republic that converted through the feet of Ondrasek, who connected a center behind Masopust to put the 2-1 final.

First victory in the history of the Czech Republic against England, and now both lead Group A with 12 points, although those led by Southgate have one game played less. The Kosovo National Team rested and has 8 units.