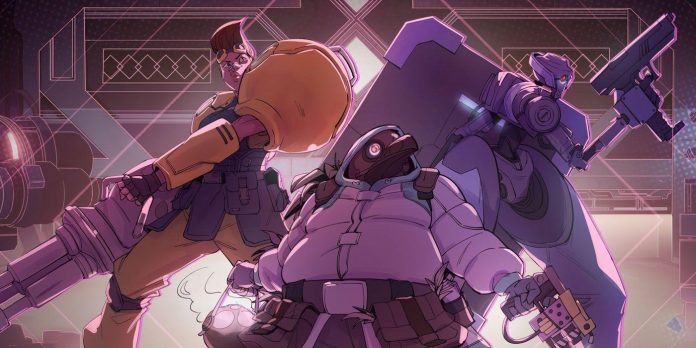 Developer Amplitude Studios has made a name for itself with its loosely related Endless series, which consists of the 2012 sci-fi turn-based strategy Endless Space, its 2017 sequel Endless Space 2, the medieval/fantasy spin-off Endless Legend., and the roguelike Tower Defense Dungeon of the Endless.

After SEGA bought it back in 2016 and attracted notable attention with last year’s game Humankind, Amplitude is now returning to the Endless series with Endless Dungeon, which was announced for all major platforms in 2020. An official release date has not yet been announced, but Amplitude Studios allows some to experience the game at an early stage in the form of an open beta for developers on Steam, which will allow the developer to collect feedback on the Endless Dungeon team tactical gameplay in the style of roguelike.

The plot of Endless Dungeon takes players to an abandoned space station built by an ancient civilization known as the Infinite. This station attracts ships with a mysterious force, forcing the survivors to try to unite to explore its secrets and find a way out. Each of these survivors has their own motives for traveling to the station, primarily as some seek wealth, others seek to explore the forces inside the base, and even more are simply trapped and looking for a way home.

In standard roguelike fashion, Endless Dungeon unfolds in an isometric top-down perspective, where players use the WASD keys to move and the mouse to aim and fire their weapons. By pressing the space bar, players can switch control of their characters and use their various weapons and abilities to traverse the procedurally generated environment and destroy enemies. The E key is used to interact with objects and open doors, and pressing the Tab key brings up a map of areas that the player has already unlocked.

In addition to his group, players are accompanied by a Crystal Bot that helps them survive the dangers of the Station, opening up new areas for exploration. As players explore the Station, they will discover crystal terminals that their crystal bot can activate to help them advance to new areas, and the goal of each race is to clear a path for the crystal bot to reach these terminals without being destroyed. This is easier said than done, thanks to the swarms of insects and enemy robots that inhabit the Station.

Enemy attacks come in waves, and players receive only a brief warning before their opponents pop out of the many spawn points hidden in the corridors of the Station. Shootouts can be insane, and the lack of a reticle makes it unclear whether the player should tap on enemies to shoot them, or just aim in their general direction. Players can even the odds by building defensive turrets and shield generators in designated areas, using the resources they collect by opening doors and collecting glowing capsules. They will also find various weapons scattered around the dungeon that can be used to inflict special types of damage to enemies. Two weapons can be equipped by the hero at the same time, and they can be switched using the mouse scroll wheel. By shooting enemies, players can increase their power scale, which is used to unlock a special ability by holding down the R key.

In between missions, players head to a Saloon where they can interact with other survivors and prepare for the next raid on the Station. When they are ready to work, the player gets access to a portal in the center of the Saloon, where he gathers his squad for the upcoming mission. Finally, the art style of Endless Dungeon combines colorful Borderlands-style characters and comic-book-like effects with dirty space stations and ominous dimly lit corridors.

Endless Dungeon is somewhat rough in its current state, as there is a noticeable delay whenever the player performs certain actions, such as opening a door. However, with a little more time to polish, Endless Dungeon can become quite a solid roguelike dungeon crawling experience when it finally comes out due to the interesting character design and the sense of mystery surrounding its dark, abandoned space station.

Bridgerton: Why Kate & Anthony’s Wedding is happening Behind the Scenes

Star Wars fan creates lightsaber and the result is incredible