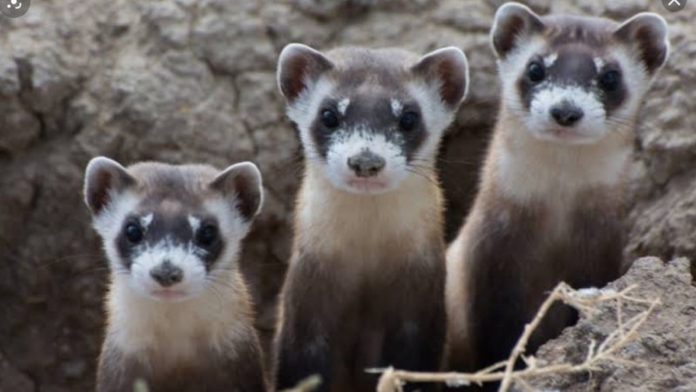 There has been a recent development regarding cloning, which is one of the most curious issues of humanity. US scientists have succeeded in cloning an endangered black-footed ferret using the genes of an animal that died 30 years ago.

The clone ferret called Elizabeth Ann came to Earth on December 10th. It is stated that the number of black-footed ferrets, which are in danger of extinction, has dropped to less than 500 according to researches and these ferrets live in the wild.

They look tame but are very dangerous and predatory creatures

The ferret named Elizabeth Ann, which was cloned from the genes of the dead black-footed ferret found by a dog in the USA in 1981, is one of the creatures that need attention with its dangerous and predatory structure as well as its domestic appearance. Experts warned that the cloned black-footed ferret was not a pet, but had a mouth structure that could sever a human finger.

The US Fish and Wildlife Service Pete Gober said in a statement that the black-footed ferret named Elizabeth Ann was cloned under his own supervision and would be kept under surveillance at a breeding facility in Colorado, in danger of extinction. If we look at the statement made; Elizabeth Ann will not be released into nature and will be used to bring the continuation of the generation.

It is claimed that the cause of the danger of extinction of black-footed ferrets is the “Silvatic Plague” disease, which occurs as a bacterial infection carried by fleas. It is stated that after the successful cloning of the black-footed ferret named Elizabeth Ann, action will be taken soon for more than 1,100 extinct species waiting to be cloned.

Meghan Markle and Harry: this photo of the ex prince doing...