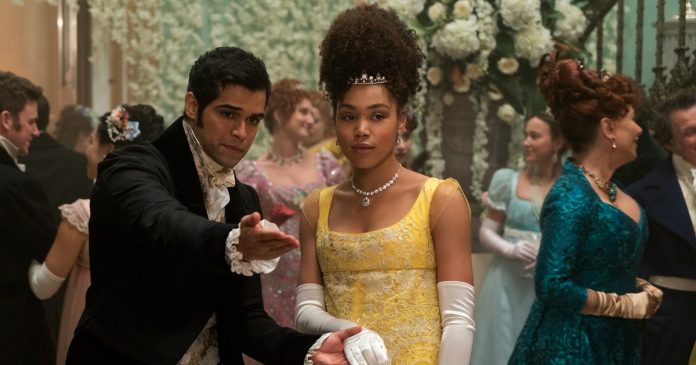 Bridgerton officially received the go-ahead for the second season after the first outing was a total success around the world. The series has kept viewers hooked, however some have questions.

Later, it became known that Marina Thompson (Ruby Barker) was pregnant out of wedlock and desperately needed a husband or else she would be the subject of scandals.

Marina Thompson (Ruby Baker) made some attempts to find a husband while she attended various balls with the Featheringtons, before drawing the attention of Colin Bridgerton (Luke Newton).

Marina felt desperate and even made an herbal blend, which she believed would help induce a miscarriage. She quickly fell ill and after being treated by the doctor, she found out that her baby was still fine like her.

Lady Featherington offered Marina Thompson sage advice about her marriage, saying that sometimes a child can bring love and joy to a union, even if she had been based on pragmatism rather than romance.

So it seems that Marina Thompson (Ruby Baker) was pregnant to the end of Brigerton, in addition to finding a husband, although it was not in the circumstances that she expected.

The fact that Marina got pregnant in the first place pointed to a lack of knowledge about sex and birth control. Perhaps the second season of Bridgerton could see Marina return to town with her child once she has given birth.

Tomorrow is ours: Sandrine surprises Franck hiding a body!

MLB reporter Kelsey Wingert will get married in 11 days, she...