Home Tech The End of an Era: TCL Will No longer Produce a BlackBerry... 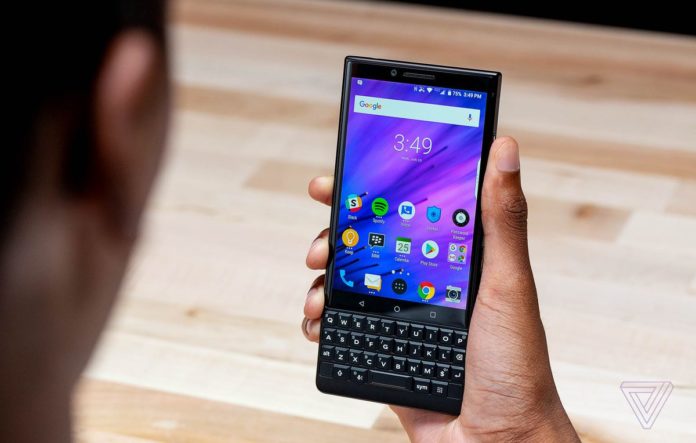 Having agreed with TCL Communications for the design and production rights of phones bearing its own name in 2016, BlackBerry announced that this agreement has come to an end. It is not yet known whether the company will produce smartphones again in the future.

The legendary brand BlackBerry, which we have not heard much about now, was a giant company that dominated the phone market a decade ago. The company held 20% of the global market thanks to the phones with its keyboards. Of course, this was before the rise of the touch screen. Later, as giants like Apple took over the market, it was the beginning of the end for BlackBerry.

The Canadian-based company, which could not resist the power of Apple and Android any more, made a decision in 2016 and announced that it would no longer manufacture devices using its own operating system. As a matter of fact, an agreement was signed with TCL in the same year and the production of BlackBerry branded phones using Android operating system started.

BlackBerry announces its ways with TCL:
After the deal, Android phones with a classic BlackBerry keyboard but modern looking were launched. Despite this, the company, which could not meet the requirements of the age, had a painful process for a while. An announcement made on the company’s Twitter account today revealed the last point reached.

Announcing the separation of its paths with TCL Communications, the company that keeps BlackBerry phones alive, BlackBerry announced in its statement that TCL will no longer ‘sell’ BlackBerry branded phones as of August 31, 2020. It was also stated that existing devices will continue to be supported for two years.

As we understand it from here, TCL Communications will no longer have the right to design and manufacture BlackBerry phones. On the other hand, BlackBerry has other partners for phone production, but the relations with these companies are much more limited and cover only a few countries in the Asian region.

It is not yet known what the future of BlackBerry will be after leaving the roads with TLC. At this point, the company may disappear for a while or stop phone production altogether. If there is any improvement in this matter, we will continue to inform you. Stay informed to be aware of all the developments.

China prepares launch of probe to study the Sun in 2022

Netflix has released trailer for Fate: The Winx Saga