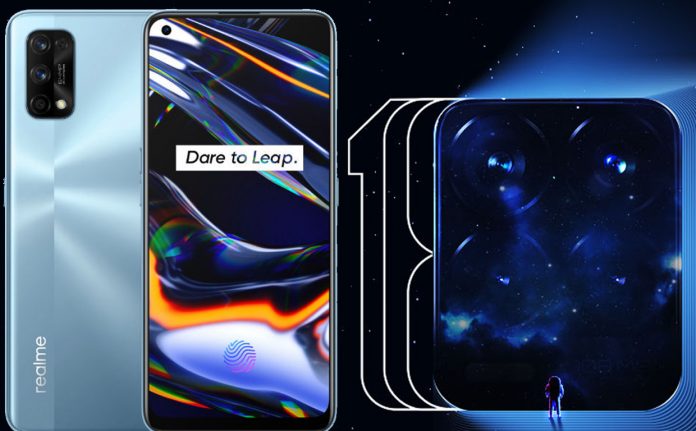 A strong member of the affordable smartphone market, the Chinese realme is one of the rising stars of the Indian market in particular. Shortly after the realme Narzo 30 Pro was introduced, an important clue has arrived for the realme 8 series now. This sharing, which is thought to indicate the realme 8 Pro camera, was made by the senior manager of the brand.

The day has been given for realme 8 series features

An important clue was shared for the successor of the 7 series, which is one of the successful models of the brand in the medium and high-end segment market. In the post made by Madhav Sheth, the director of the brand in India, the first information for the realme 8 series was hidden.

Although it is not known exactly whether the shared model is realme 8, the sharing on Twitter with the InfiniteLeapWith8 tag was seen as an important clue for the realme 8 series. The fact that realme 8 features have also appeared in the Geekbench test before, is the strongest indicator that the series will appear soon.

A great breakthrough ahead!

On Twitter, do you know what 108 means? There is a question in the form. Although these are guesses, we may encounter a 108 megapixel camera sensor in the realme 8 Pro model.

At the end of the sharing, those who look forward to the realme 8 series are pointed out tomorrow. The results of Geekbench V 4.4, which were revealed before, revealed the first information about realme 8.

Accordingly, realme 8 will appear with the MediaTek Dimensity 720 processor. The processor, which has an eight-core structure, was produced with a 7 nm fabrication process. The processor meets the high performance requirement with the Cortex A76 core working with 2 GHz processing power.

The RAM capacity of the smartphone is 8GB. In the Geekbench test, it seems that the model will come with Android 10.

Estimates are that the model will receive an Android 11 update shortly after its introduction. Among the realme 8 features, 65W fast charging support is also remarkable. Although the realme 8 Pro features have not emerged yet, the first information about the model is expected to be shared by Madhav Sheth tomorrow.