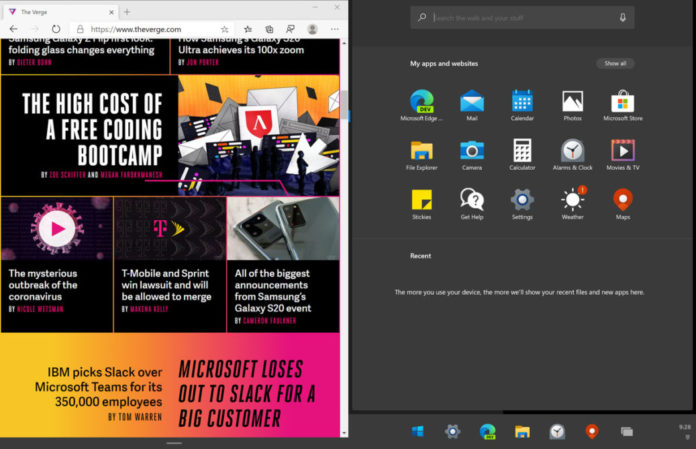 The first noticeable design change in Windows 10X stands out as the Start menu. The usual Start menu icon has changed with Windows 10X since Windows 8. The Start icon, which remains basically the same, is offered to users in an animated design in Windows 10X.

The list of applications and recently used documents that will be fixed in the Start menu of Windows 10X are presented to users. With the search feature in the start menu, applications, documents and web content can be searched.

The Taskbar, which allows running apps to appear, also looks updated with Windows 10X. At the same time, the usual Windows desktop view and File Explorer are not available in Windows 10X. No applications or documents can be stored on the desktop of Windows 10X.

Wonder Bar is not just a section where GIFs and emojis will be used. Some of the apps continue to work on Wonder Bar. For example, you can continue playing a series you opened on Netflix in Wonder Bar. Applications such as calculators can also be run in Wonder Bar.