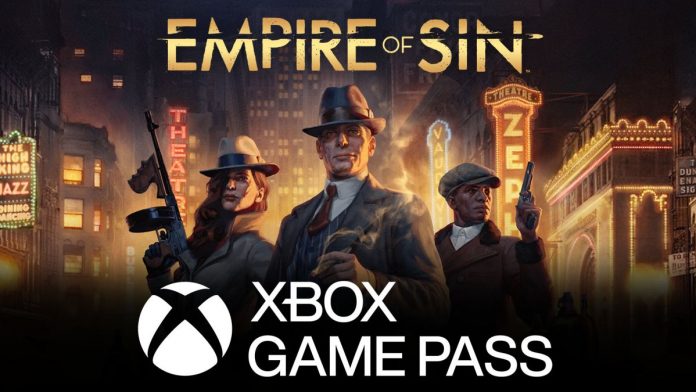 Empire of Sin is coming to Xbox Game Pass on March 18. It will do so in both subscription modalities, both on Xbox consoles and on PC.

Empire of Sin will land in the Xbox Game Pass catalog on March 18. Brenda and John Romero’s new game will join Microsoft’s subscription service in its two modes, both on console and on PC.

Empire of Sin, the Chicago of the 1920s by Romero Games

The title, under the umbrella of Paradox Interactive, plunges us into the Chicago of the 1920s in full prohibition. We will have to control one of the fourteen bosses of the mafia to make our empire predominate over the rest. As we can read in his profile on Steam, the characters are based on real and fictional personalities such as Goldie Garneau, Stephanie St. Clair and Al Capone, among others.

The combat sections follow a line more typical of tactics, in which we will have to move our soldiers in cells in turns. The title launched on PS4, Xbox One, PC, and Nintendo Switch on December 1; compatible with PS5 and Xbox Series X | S.

Among the mafia bosses to be controlled, the presence of Elvira Duarte Morales stands out, a criminal boss from the same time who happens to be the great-grandmother of John Romero. The woman controlled several brothels and managed her business until she won the lottery, at which point she decided to withdraw from her activities.

“Elvira was a real character. She used to walk with a green parrot on her shoulders smoking cigarettes and joking with the parrot, which she answered in Spanish. Elvira ran three brothels that she set up in Nogales [Mexico]. She did it for probably two decades until she won the lottery and sold her business to retire, ”explained Romero. His introduction was the tribute that the creative wanted to pay to his roots. Know all the details through this link.

Marvel’s Wolverine Will Have A More Adult-Oriented Tone

Sinister Dead: a new character will appear in the game in...