Home Entertainment Emmy Rossum from “Shameless” was devastated when she didn’t get a role... 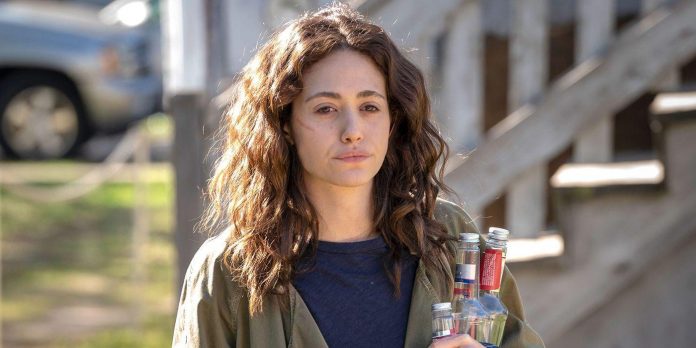 Emmy Rossum, known for the TV series “Shameless“, was “devastated” to learn that she did not get a role in the Fantastic Four. Rossum is an actress, singer, producer and director who has been in business since she was a teenager. She played the role of Christine Dae in the 2004 film The Phantom of the Opera, which earned her a Golden Globe nomination at just 18 years old.

Over the past few years, Rossum is best known for her role as Fiona Gallagher in the popular Showtime series Shameless. As the selfless eldest child in the Gallagher family, Fiona has a lot of responsibilities, but by season 9 she realizes that her siblings have grown up enough and leaves Chicago behind her. It also marked Rossum’s departure from Shameless. The series lasted a total of eleven seasons and ended in April 2021 with numerous awards.

During a recent interview with Joshua Horowitz on his podcast Happy Sad Confused Rossum discusses auditioning for the role of Sue Storm in the 2015 film Fantastic Four. She explains that she didn’t get the role, which eventually went to Kate Mara, because she didn’t quite fit in with the dialogue or the character. Although Rossum now talks about it with a smile, she describes her feelings when she found out she didn’t have a role:

Shocked. Completely devastated. I remember where I was when I didn’t get it. I was with my current husband somewhere on the beach, and I got a call that I don’t understand. I was pretty sure I didn’t understand because I didn’t feel like the screen test went well… It feels like devastation because you kind of got a little pregnant from the idea of doing it, even if you don’t think you’d be particularly great at it.

The Fantastic Four reboot also stars Jamie Bell, Miles Teller and Michael B. Jordan to create a team that must use their new abilities to work together to fight Victor von Doom. Critics and viewers have criticized the Marvel film, which suffered from the studio’s heavy influence and required re-shoots, which director Josh Trank blames for the disappointing final product. He even received several Golden Raspberry Awards, including “Worst Director” and “Worst Film”.

The sequel to Fantastic Four was subsequently canceled, so Rossum would eventually be disappointed even if she got the role of Sue Storm. As devastating as it was at the time, the absence of this role frees Rossum to possibly join another superhero movie in the future. Now Marvel even has a new movie “Fantastic Four”, so it is possible that she will be able to audition for the role of Sue Storm again. Rossum has proven what a talented actress she is, and it would be interesting to see what she does in a combat role.