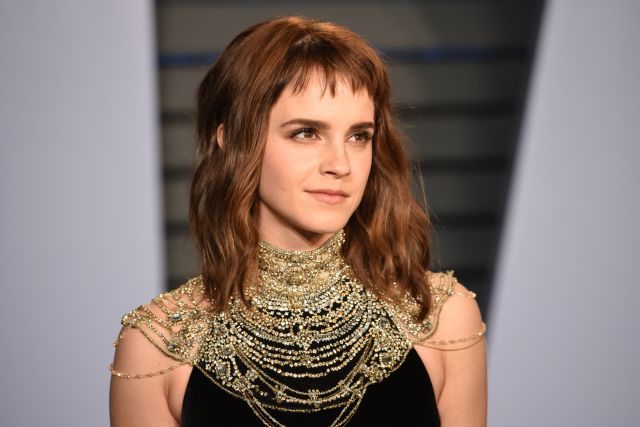 When many and many Harry Potter fans were fantasizing about Dramione (the official name of the shippeo among the performers that give life to Hermione Granger and Draco Malfoy), a paparazzi goes and catches kissing Emma Watson with a boy who has nothing What to do with Hogwarts.

Last week, the British actress has been photographed kissing a mysterious man in the streets of London. At that time, a paparazzi faster than Rita Skeeter, caught them with her goal. And no, it wasn’t Tom Felton.

Emma Watson and the mysterious boy were caught leaving London’s Gail’s Bakery last Thursday. The couple would have had an appointment in the capital of the United Kingdom and would have taken the opportunity to eat something.

While Emma was dressed in a nice oversize sweater and a wool hat, her new boy decided to bet on a shirt and a black jacket. In addition, he chose to carry her hair in a small ponytail.

Although in recent months the rumor has gained strength that Emma and Tom Felton could have started something, because in their social networks they had shared some snapshots, these photos confirm that they are only friends and that they do not have a romantic relationship. At least right now.

As for the professional, we will have to wait until December 25 to see the next Emma Watson movie. The actress gives life to Meg in the new adaptation to the cinema of Little Women of Greta Geewing who, by the way, has already received very good reviews from the specialized press.

Camila Coelho has announced that she is pregnant with her first...