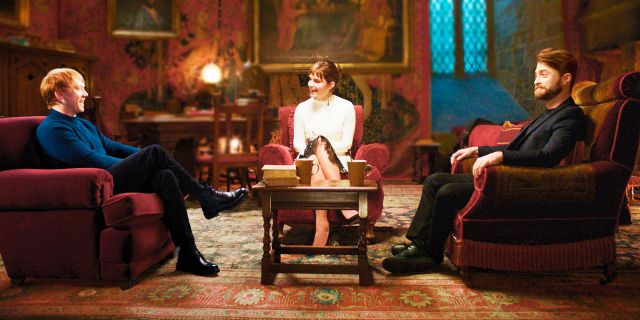 Emma Watson: The famous performers who gave life to the characters of Hermione Granger and Ron Weasley recall their doubts and fears about their continuity. Harry Potter: Return to Hogwarts has just landed on HBO Max as the definitive documentary that aims to honor the 20th anniversary of the film adaptations of J.K. Rowling. Not surprisingly, it has brought together the main actors and actresses of the different films, including the main trio formed by Daniel Radcliffe, Emma Watson and Rupert Grint, who gave life to Harry Potter, Hermione Granger and Ron Weasley, respectively. Now, and after the premiere of the long-awaited special program by the fans, we have some curious statements from two of its protagonists, Emma Watson and Rupert Grint, who say that they almost abandoned the saga due to “fear and pressure.”

Emotions on the surface in the Harry Potter special

So much so, that at one point in the special, Emma Watson herself reveals that she considered leaving the film franchise before filming Harry Potter and the Order of the Phoenix. All this because she felt overwhelmed by the situation, the pressure and the fame, beyond her intention to focus on the studies, as producer David Heyman revealed in the past.

“I think she was scared. I don’t know if you’ve ever thought that there would come a point where you felt like this was going to be like this forever. The fame thing was great. But a lot, “says the actress. Although Emma Watson was not the only one who had doubts at that time; And it is that Rupert Grint (whom we can currently see as part of the cast of the thriller series Servant by M. Night Shyamalan), also assures that he had doubts about it, although he did not take long to dispel them.

“The fans really wanted us to succeed and we really took care of each other, is there anything better?” Says the actor. As we all know, finally both continued with their respective roles throughout the saga and until its conclusion.

Let’s remember that the next part of the Harry Potter saga in theaters will be the new installment of the spin-off Fantastic Animals, scheduled for April 2022.