Home Celebrity The Eminem translator reveals secrets that are all the rage in the... 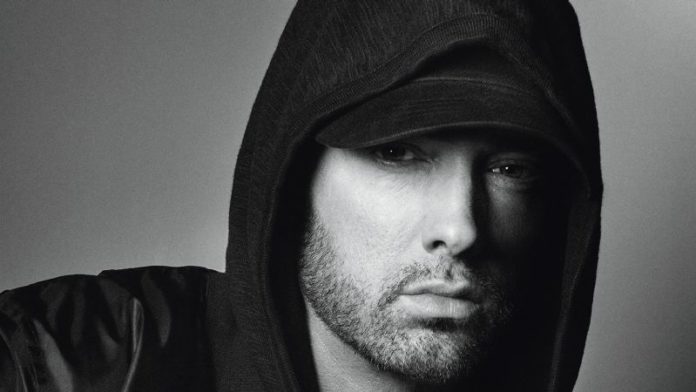 In full swing! The Eminem translator reveals secrets that are all the rage in the networks
Holly Maniaty, reveals intimacies and describes what her role is in this video.

If we think about the translation of a conversation in sign language, we know that interpreters must have the necessary capacity to keep up with what is heard and be able to communicate it effectively. Imagine it would be more difficult, for example, in a song. Well, Holly Maniatty, Eminem’s translator, went one step higher, looking for the impossible.

She is responsible for communicating in this language the melodies of the American rap singer. But how is that possible? We know that it is a musical genre that chains word after word at a rapid pace, which sometimes becomes difficult to understand.

If sometimes it is difficult in a song of lower rhythm and speed, in a rap it would be more complicated. But Holly works hard to translate the 47-year-old artist.

On Twitter, a fan of the renowned international rapper uploaded a video where Maniatty is seen at one of the concerts. She makes use of all the resources of her body to be able to reach the deaf audience, with very fast movements.

The 40-year-old woman has an outstanding career. In addition to the author of Lose Yourself, he worked with other artists such as Mumford and Sons, Marilyn Manson, U2, Billy Joel, among others.

The video that we share next with the interpreter of signs in full concert of Eminem is hard to believe. He succeeds and in what way. The pace is dizzying. This video is close to reaching 5 million views.

In the pre-shows, the translator of the actor Bodied confessed that he prepares between 50 and 80 hours and said: “Many people believe that rap can not be translated into signs, but it can. It requires a lot of work, but you can. “

“RHONY” star Leah McSweeney says about the correspondence with Rihanna: “The...