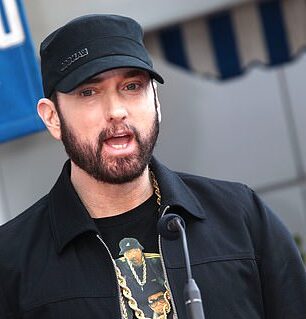 Eminem has announced that he will have a virtual party for the 20th anniversary of his third studio album, “The Marshall Mathers LP”, next week.

The album contains the singles “The Real Slim Shady”, “Stan”, “The Way I Am” and “Bitch Please II”.

#MMLP20 "I used to give a fuck / now I could give a fuck less" Stan drop, Listening Party and I got a new number ☎️ – hit the site for more info on the 20th Anniversary of The Marshall Mathers LP – https://t.co/7gCFWIUuDn pic.twitter.com/jPBFP2WacE

While sharing the news on his social networks, the rapper announced the virtual party that will take place next Wednesday, May 27 through Spotify.

According to Eminem’s official site, fans will be able to join a live chat and listen to the album while the rapper answers questions.

“The Marshall Mathers LP” was released on May 23, 2000 through Interscope Records and Aftermath.

“I was still holding out my hand” — Kim Kardashian talks...