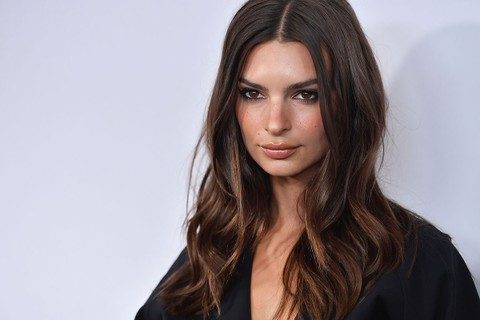 Emily Ratajkowski takes on a whole new look for 2020. The young woman is wearing an open men’s shirt over black jeans.

Emily Ratajkowski reveals her 2020 look in an Insta post! A very different outfit from what the star had accustomed his fans to!

Hailey Baldwin has just unveiled a new style. The star has swapped his wide jackets for a Parisian outfit. A cashmere cardigan. This time, it’s Emily Ratajkowski’s turn to reinvent herself for the New Year. The model has just adopted a new look, and it’s a men’s shirt! Yep … Who says new year also says new clothes. And if the young woman likes crop tops and pretty combinations, nothing prevents her from trying new experiences.

Emily Ratajkowski displayed herself in a very relaxed outfit in her latest Insta post. Indeed, the 28-year-old young woman photographed herself in “Sunday clothes” mode. She was wearing a white suit shirt that appears to belong to her boyfriend, Sebastian Bear-McClard. Far too big for her, the garment gives the star a relaxed look. However, the beautiful remains as sublime as ever.

EMILY RATAJKOWSKI’S LATEST LOOK VALIDATED BY HIS FANS!
Emily Ratajkowski was able to magnify her look with a few accessories. Including a pair of gold hoops and a pretty hairstyle. Her well-groomed, poorly-styled bun adapts perfectly to her new style. Besides, the pretty young woman seems to be giving a clue as to her shirt. According to her, it is about the “aesthetics of 2020”! In any case, that’s what she wrote under her Insta post.

This outfit won over her fans since her post generated more than 400,000 likes and hundreds of comments, including that of Miley Cyrus. The singer therefore also loved the style of Emily Ratajkowski! Through her publication, the model has yet to prove that no matter what her outfit, she will always be to her advantage…

Vikings: How old were Ragnar and his children on the show