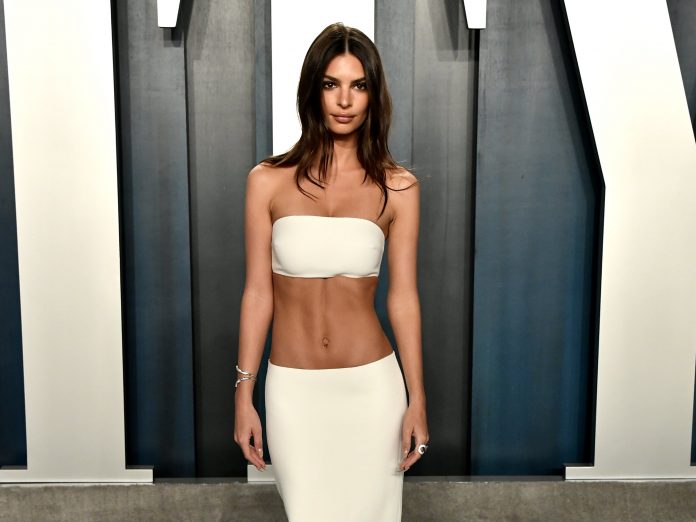 In the sun in her garden, Emily Ratajkowski unveiled her baby bump, in the middle of a tanning session! Don’t panic, we’ll tell you everything!

In a sublime black and white photo, Emily Ratajkowski reveals her baby bump in the middle of a tanning session in the sun. Do not panic,

Emily Ratajkowski has a normal life!

Indeed, the pretty brunette is one of the most sought-after models in the world. And for good reason, it is a real bomb! So inevitably, stylists around the world hope to make her wear one of their pieces. Class, right?

But in addition to being an accomplished model, Emily Ratajkowski is also a true business woman. Indeed, the young woman owns her brand of swimwear, Inamorata, which is a hit! Unbelievable !

However, currently 7 months pregnant, Emily Ratajkowski is cleaning herself up a bit!

No more parades, the future mother is resting and enjoying her darling. In short, a much calmer pace of life!

In fact, a few hours ago, the pretty brunette posted a photo of herself showing off her baby bump, while she’s in the middle of a tanning session in the sun.

It’s not uncommon for Emily Ratajkowski to show off her baby bump on Instagram. Yes, the future mother is a fan of it, and we understand it!

In fact, a few hours ago, the pretty brunette once again showed off her mother-to-be belly via her Story Insta.

Indeed, Emrata posted a sublime photo of her, in black and white, on which we can see her napping in the sun, her baby bump in the air.

And frankly, this photo is just ultra poetic!

Yes, wrapped in a sort of fluid dressing gown, in kimono fashion, the pretty brunette looks like a sleeping princess!

And frankly, we love the fact that Colombo is next to her, like a real bodyguard!

In short, we are a fan of this shot!