Home Celebrity Emily Ratajkowski very in love: moment of relaxation with her husband in... 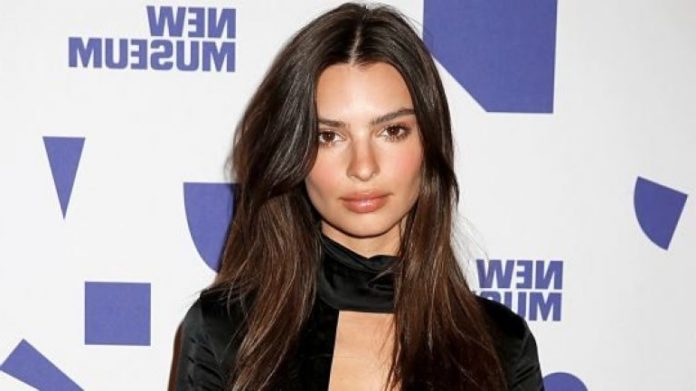 Emily Ratajkowski has been in a relationship for more than two years with Sebastien Bear McClard. The starlet is still in love with her husband.

Emily Ratajkowski has been married for almost two years to Sebastien Bear McClard. The starlet still shows herself in love with her husband!

In February 2018, Emily Ratajkowski surprised everyone by secretly marrying Sebastien Bear McClard. The starlet is always very discreet about her romantic relationships. No one knew she was dating the producer, and they married shortly after their meeting. However, the two stars are still in a relationship!

Emily Ratajkowski always seems to be in a relationship with Sebastien Bear McClard and she lives a nice fairy tale with him. Indeed, the starlet often appears with her husband and she always shows herself very close to him. Besides, a few days ago, they saw a basketball game. The model posed with her darling and they were very accomplices during the match. The star seems to have had a good evening and she has released a few photos.

EMILY RATAJKOWSKI, HAPPY TO SPEND AN EVENING WITH HER HUSBAND!
The starlet and her husband went to a basketball game and the latter supported the Los Angeles Lakers. Emily Ratajkowski wore casual attire for the occasion and seemed happy to spend the evening with her sweetheart. “Last night was really fun,” she wrote. Indeed, on the pictures, we can see them smile and the star looks at Sebastien with love. Thus, there is a great bond between them and the fans are delighted to see her so happy.

Sebastien Bear McClard has not always been well received by fans. Indeed, some are jealous of seeing him with Emily Ratajkowski. However, a good part of the subscribers of the star are happy for her. Many of them have left comments. “What a beautiful couple,” said a fan. “What a lovely couple, enjoy the match!” Said another fan.

EXO’s Kai continues to break records with the song Mmmh