Home Celebrity Emily Ratajkowski is very close to her husband on vacation! 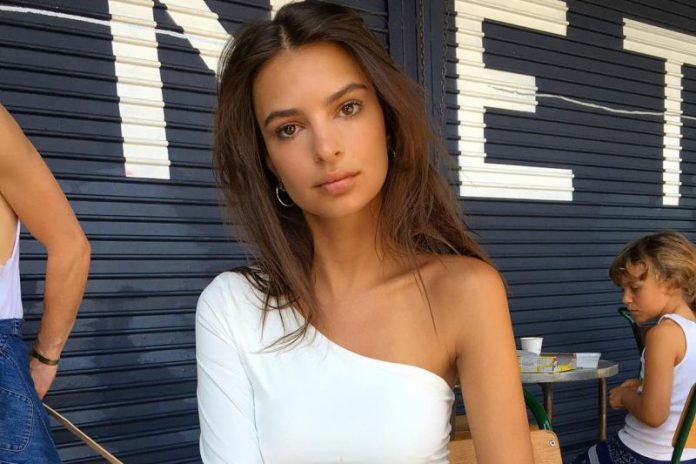 Emily Ratajkowski and her husband are inseparable. The couple took pictures on Instagram while they are currently on vacation.

Addicted to social networks, Emily Ratajkowski has been flooding the Internet with photos for several years. This time around, she took to her Instagram Story to post a photo of herself and her husband.

Emily Ratajkowski was married to Sebastian Bear-McClard on February 23, 2018 in great secrecy. It wasn’t until many months after their union that the couple revealed they were married on social media.

“It was kept secret for four hours! Weddings are great. I want to party. And celebrate love and relationships. But this one was only for us. And so it was really cool, ”Emily Ratajkowski explained on Busy Tonight. The model had been dating her husband for many months.

Before getting married in New York, the couple was already dating and had several friends in common. She had also made laughing confidences in the media.

“We have known each other for a long time. He likes to tell me jokingly, people think we got married quickly. But you watched me for two years. Admit it, ”she said. Today, the couple are preparing to welcome their first child …

EMILY RATAJKOWSKI POSTS A PHOTO WITH HER HUSBAND

Very active on social networks, Emily Ratajkoswki therefore does not open up about her private life. She only posts rare photos alongside her husband.

However, when she does, she does it thoroughly. The proof, a few hours ago, she shared a polaroid photo alongside her other half.

In the photo, the two lovebirds are on vacation. Longtime New Yorker, the pretty brunette flew to Los Angeles with her husband. The time of pregnancy.

It must be said that there, the environment is therefore more favorable. The young woman and her husband have thus invested in a sublime villa with garden and swimming pool, something to dream of.

The international model is expected to give birth in February. Regarding the sex of her baby, the young woman and her husband therefore prefer to leave the choice to their child.