Home Celebrity Emily Ratajkowski is preparing for her baby’s arrival! 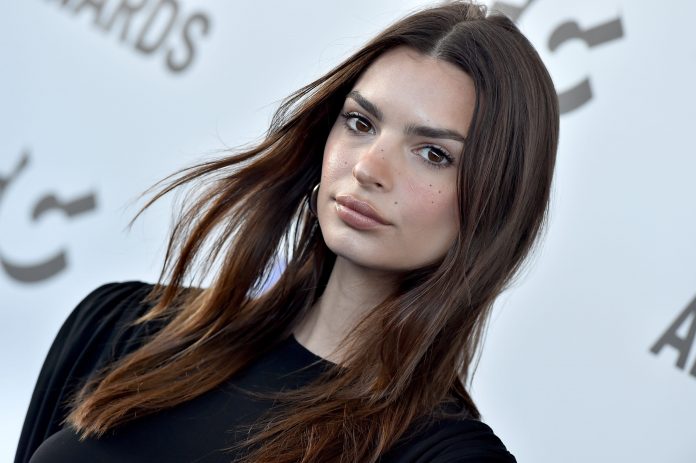 Soon, Emily Ratajkowski will welcome her first child. And the star and her darling have obviously prepared everything well before the baby arrives.

Fans of Emily Ratajkowski are on the alert as they believe their idol will give birth soon. It must be said that on the Web, the pretty brunette has more or less let it be known that her baby will soon point the tip of her nose.

To date, Emily Ratajkowski is one of the highest paid models around. With her allure and pretty face, the young woman quickly conquered the fashion world.

For several years, she has been building partnerships with the biggest brands. The marketing teams understood that her  name and her face were selling.

Besides her beauty, Emily Ratajkowski is also known for her positions. Feminist and pro-democratic, she doesn’t hesitate to use her notoriety to make things happen.

Unfortunately for the businesswoman, she often attracts the wrath of her haters because of her ideas. “I was told I was too beautiful to have a brain,” the supermodel delivered for “Glamor” in 2016.

But also: “Our society does not allow a woman to be sexy, confident and have political convictions.” Unfortunately for her detractors, she ignores all their criticism.

You could say that right now Emily Ratajkowski is even on a little cloud! And for good reason, the incendiary brunette is pregnant with her 1st child.

And obviously, she has finally prepared everything before her baby arrives. The proof !

This Monday, February 15, Emily Ratajkowski made the happiness of her subscribers with this adorable photo. Via her story, the future mother has therefore shared a rare snapshot of her unborn baby’s room.

As you can see, the star has received countless golden balloons to celebrate her seemingly imminent arrival. At the moment, no one knows exactly when she will give birth.

In any case on the Web, the bets are already launched! On a daily basis, Twittos also wonder about the gender of their future child.

Emily Ratajkowski hasn’t wanted to worry about it until today. She even wants to instill a non-gendered education in him.

“When my husband and I told our friends I was pregnant, their first question after saying ‘congratulations’ was,’ Do you know what you want (a girl or a boy)? “, Delivered the young woman for” Vogue “in October 2020.

But also: “We told them that we did not want to know the sex of our child until he was 18 years old. And that we would let them know at that time. Everyone laughed ”.

In any case, it’s a safe bet that the businesswoman will be a real mother hen! We can’t wait to see her nurture, don’t you ?!