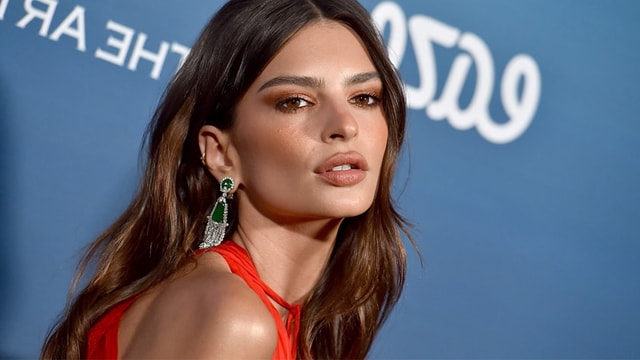 On Instagram, model Emily Ratajkowski makes her fans dream with the multiple photos of her! A painter is inspired by her body.

While Emily Ratajkowski posts daily photos of her Instagram account, one of them attracts the attention of a young painter. He is inspired by her and reproduces her body to perfection!

Women envy her body. And men fantasize! The model Emily Ratajkowski and her wasp waist leave no one indifferent. Her dream figure makes everyone dream ! And she knows it! When the latter does not pose for the camera of the greatest photographers in the world, she is content with simple selfies.

But some internet users remain skeptical about her dream plastic! They are convinced that the model has already used cosmetic surgery. However, the young woman ensures that not! To prove it to her community, Emily Ratajkowski publishes an old snapshot of her. When she is only 14 years old, she reveals an already very developed breast. So she says, “I was just a teenager in this photo and I wish the world had encouraged me to be something other than my body . ”

Indeed, the latter regrets that she was noticed for her incredible silhouette. But the young woman still recognizes that her body ” helped her to flourish” . Today, she is one of the most famous models in the world. And in addition, it inspires more than one! The proof with the work of this young man !

EMILY RATAJKOWSKI BECOMES THE MUSE OF A YOUNG PAINTER
This Tuesday March 3, Emily Ratajkowski publishes yet another photo of her . And this time, she is sexier than ever! Indeed, the young woman appears in a yellow swimsuit with a leopard print . Besides, the latter remains true to itself. It reveals its incredible curves thanks to its very low-cut bottom! Thanks to this shot, a painter finds inspiration!

Indeed, the young painter adores when Emily Ratajkowski is not cold in the eyes ! In this photo, the position of the model revealing her curves gives her a lot of inspiration. Without further ado, the student gets to work! After a few pencil strokes on a graphics tablet, he finally reveals his work on his Instagram account.

The young woman can’t believe it! First, she loves her painting. But in addition, she reproduced her photo with perfection! Besides, the artist has his own style. This one insists particularly on the curves of the young woman. The model with 25 million followers on Instagram is completely in love! To thank him, she reposted her publication in her Instagram Story. She can be proud of him!