Home Celebrity Emily Ratajkowski classy and charming: she displays topless under her blazer! 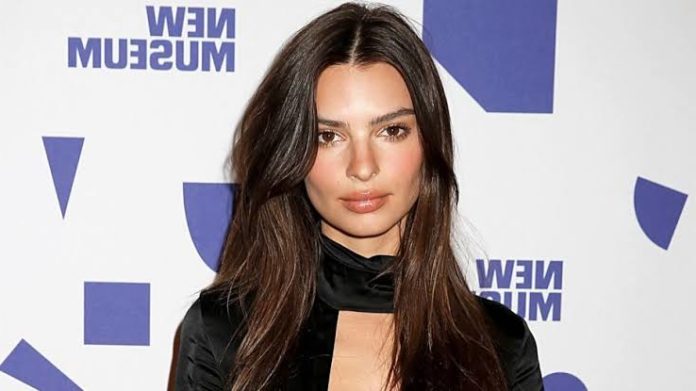 Emily Ratajkowski is still very beautiful on Instagram and it is a sensation. The model posed in a sexy outfit to go to an appointment for Forbes!

For several years, Emily Ratajkowski has been a big success and she ignites the canvas with each of her photos. Indeed, the star is always sexy and she leaves no one indifferent with her dream body. By the way, the model became a businesswoman and she launched her brand Inamorata Woman. The starlet offers swimsuits and sexy clothes for fans.

Emily Ratajkowski is best positioned to put her brand on social media. Indeed, the latter has more than 24 million subscriber fans. Thus, she wants to be very influential and her fans love her photos. Many people want to copy their looks and there is one that has caught the eye. The star took the pose in a blazer of her mark and she wears absolutely nothing on it!

EMILY RATAJKOWSKI VERY CLASS AND SEXY FOR FORBES
A few hours ago, Emily Ratajkowski posed in a blue blazer with shorts and boots with a snake effect. The star walks in this outfit and she has the class. Nevertheless, she wants to be particularly sexy since she wears nothing under her blue jacket. The wife of Sebastien Bear McClard ignited the canvas and she went to Forbes in this outfit!

Emily Ratajkowski knows a big success with her brand. Thus, it seems that Forbes has retained his full attention. The star is very proud of her work and she proves it with this photo. Thus, she hopes to climb even more in popularity and her fans loved her new photo. Some praised her for her brand while others complimented her on her outfit. In any case, the model becomes a fashion icon and she has not finished impressing her fans.

How I walk into meetings now that I’ve made FORBES #30under30 list for Art & Style. Boss-ay. Thank you @forbes ! Honored. We’re just getting started @inamoratawoman