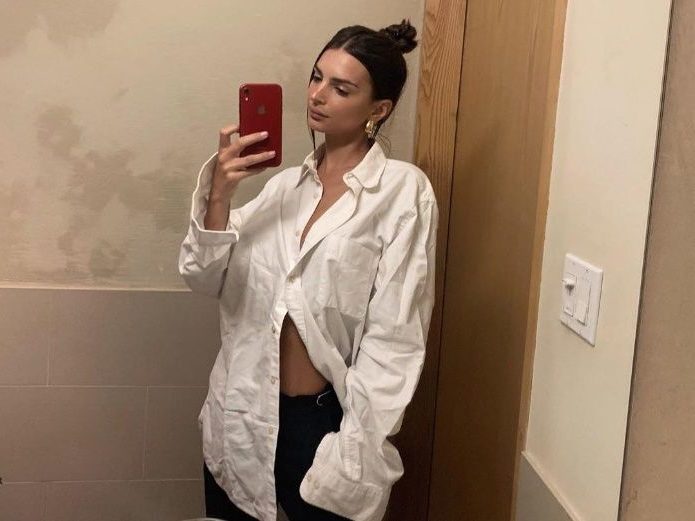 The American model and actress Emily Ratajkowski, considered the most se * woman and in the world of 2014, has mocked the censorship of the Instagram application, with a photo in which her more than 24.9 million followers delighted with her beauty, leaving Well done thanks to your best friend.

This time the model was responsible for uploading the photograph being censored by her best friend, who with her presence managed to cover the attributes of the beautiful girl.

This is a photogame in which Emily appears lying on her bed, without any clothes and holding her best friend, her puppy named Colombo, ensuring that they are ready to receive 2020, because she has worked very hard with her brand and She is very grateful for what happened this 2019.

The photograph has more than 350 thousand likes, in just 3 hours of having uploaded it and it is still increasing, since its faithful fans always thank you for sharing your life with them in this way, and more if it is daring photographs in which they enjoy of her pretty face and her stylized figure.

Colombo and I are ready for 2020 with our @kerastase_official family. Working with @rosacarricopics and the rest of the Kerastase team including @inezandvinoodh has been one of the highlights of the last two years of my life! Very grateful. Merci pour tout!

Recently Emily appeared in a photo lying on her bed, looking at the camera and winking at her followers, without any clothes, wearing her pretty hair and just covering her chest with her arm lighting, as usual, the social network, because She also has one of her fingers in her mouth which caused quite a rage, accompanied by one of her beauty products.

It is a kind of hair cream, she wrote: “Silky perfection provided by @kerastase_official”, trying to help those who decide to use it to have a better look in their hair for this special date.

The model will continue to talk about because it does not seem to want to stop generating content for this social network, where the best photographs of each girl who uses her account to generate a business are shared, so this new world of influencers and subtle promotions works.