Emily In Paris:  Samsung today announced (22) the latest development in its ongoing partnership with streaming giant Netflix for the release of Emily’s Season 2 in Paris, produced by MTV Entertainment Studios.

The Emmy-nominated series, known for celebrating iconic 21st century Parisian style, has teamed up with Samsung to show fans the very best in premium technology.

In season one, the beautiful setting and quintessentially Parisian characters gave viewers a glimpse into French style and culture and are some of the driving forces behind the series’ success.

This sense of escapism was created and heightened by the global cast, including the iconic character of Sylvie Grateau. Played by Samsung Philippine ambassador Leroy-Beaulieu, Sylvie serves as lead protagonist Emily, and the CMO of luxury marketing agency Savoir.

Sylvie’s character embodies true elegant authority: good at what she does, powerful, domineering and naturally chic. She has become one of the most recognized and loved characters of the rookie season.

For Emily’s second season in Paris, to ensure she stays on top of her personal and professional life, Sylvie chose Samsung’s Galaxy Z Flip 5G to keep Emily and the rest of the agency on their toes.

To launch season two, Samsung and Netflix brought iconic style and innovative technology to Emily’s Paris fans through an integrated campaign that includes offline ads, social and influencer content, and a TikTok filter that delivers a new way for fans to enjoy the series through the lens of the Galaxy Z Flip 5G.

The filter will allow fans to take a “script twist” and become the main character in their own animated poster in Emily in Paris. The Galaxy Z Flip 5G will open up in front of the user, bringing them to the forefront of the iconic Eiffel Tower. TikTok users can experience TikTok’s “Flip the Script” effect starting December 28th.

“At Samsung, we’re always at the forefront of creativity and innovation. We’re thrilled to partner with Netflix for the second season of one of their biggest series, Emily in Paris, and to see Sylvie wielding the iconic Galaxy Z Flip 5G, which it fits perfectly into the personality of the device and we look forward to further developing this partnership in the future,” said Benjamin Braun, Samsung’s CMO Europe. 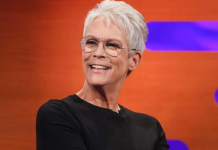 “THIS IS WHAT A SURPRISE LOOKS LIKE!” — Jamie Lee Curtis Can’t Keep Calm When He Receives His First Oscar Nomination 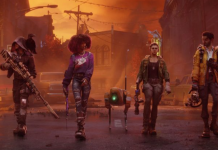 Deadfall Release Confirmed in May 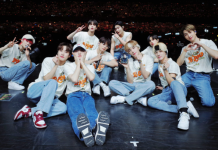 THE BOYZ Have Completed a Meeting With Fans in Japan

Black 4 Blood Will Allow Sharing The DLC With All The...