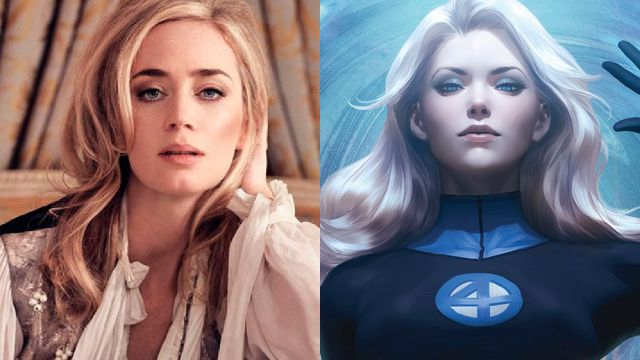 Emily Blunt: The actress responds to rumors about her role as Sue Storm and assures that she and her husband John Krasinski have not received any calls from Marvel. Actress Emily Blunt, famous for participating in several science fiction films and thrillers such as A Quiet Place with her husband John Krasinski, has assured that she has not received any calls from Marvel Studios for the role of Sue Storm for the new and anticipated 4 Fantastic of the MCU, even denying the superhero cinema. She has thus commented on it in a recent interview on The Howard Stern Show (via Screen Rant) about rumors and fan wishes that she and her husband are the new Sue Storm and Reed Richards in the movies, respectively.

No call from Marvel Studios

And is that since the announcement of the reboot of Fantastic 4 as part of the UCM, fans have thought of both Emily Blunt and John Krasinski for the leading roles, even doing campaigns on social networks. After feeling flattered in the past, Emily Blunt has returned to comment on the matter, assuring that “that’s fan-casting. None of us have received a call. That’s just people who say ‘wouldn’t that be great?’ ”The actress clarifies.

To all this, the interviewer asks Blunt if he has an interest in this type of superhero genre as a result of several attempts by companies for her to participate as a superhero, ensuring that she is not attracted to them: “It is not that they are below from my. I love Iron Man and when I was offered to be Black Widow I was obsessed with Iron Man. I wanted to work with Robert Downey Jr., it would have been amazing, but I don’t know if superhero movies are for me. I do not like. I really don’t like them, ”continues the actress.

Although her last words on the subject are perhaps the most discouraging for fans, since she claims to feel a bit jaded by so many superhero movies in recent years: “It’s sold out. We are inundated, not only by all the movies, but also by the endless television series. It’s not to say that I never wanted to play one, it would just have to be something cool as a really cool character; only then would I be interested, “concludes the actress.

Be that as it may, The Fantastic 4 are scheduled to land in the MCU, probably sometime in 2023.