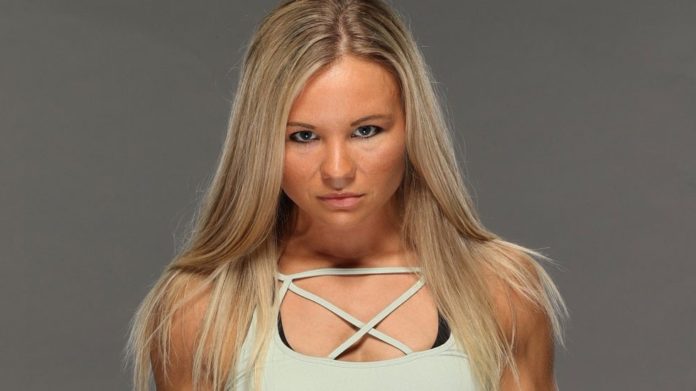 Emily Andzulis teamed up with Catalina Garcia and Rita Reis and lost to Indi Hartwell, MJ Jenkins and Deonna Purrazzo. She signed a contract with WWE in early January 2020.

NXT held a new house show last night at the Hilton Ocala in Ocala, FL, where the recent addition , Emily Andzulis, made its debut on the ring . Andzulis teamed up with Catalina Garcia and Rita Reis and lost to Indi Hartwell, MJ Jenkins and Deonna Purrazzo.

Emily Andzulis is an athlete who participated in the The Titan Games contest, produced by Hollywood star and former world champion Dwayne “The Rock” Johnson and aired on NBC. She achieved victory by becoming the first woman to win the show. She received a WWE test in April 2019. After the test, she began training at the JPWA Academy in Knoxville, Tennesee under the tutelage of WWE superstar Kane and Dr. Tom Prichard. Finally, she signed a contract with WWE in January 2020.

We have the NXT debut of @emily_andzulis here in Ocala, FL. pic.twitter.com/gMU8Uj2q4r

– Bronson Reed and Shane Thorne beat Lewis Howley and Sam Stoker in a fight in pairs.

– The Forgotten Sons (Blake and Cutler) beat Aleksandar and Tehuti Miles in a pair match.

It is reported that Charissa Thompson has received a new job...