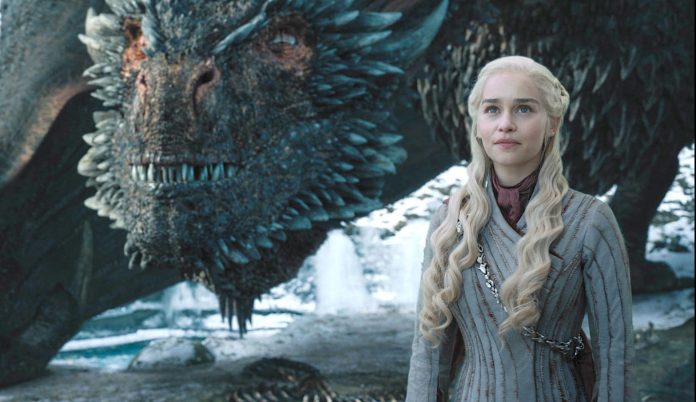 Before the series “Game of Thrones” was released, there was a pilot chapter where Emilia Clarke was not the interpreter of Daenerys Targaryen.

The pilot chapter of the series “Game of Thrones” had several changes after its pilot chapter that was never released on television. Above all, because the actress who played the character of Daenerys Targaryen was not the actress Emilia Clarke, but Tamzin Merchant.

The “Carnival Row” actress was going to be one of the main characters of the famous HBO series, but after filming the nude scene of the first chapter, she decided to quit the project even though she already had the contract.

“Some persuasive people convinced me. Then I found myself naked and scared in Morocco riding a horse that was clearly much more excited to be there than I was, “she said in an interview for Entertainment Weekly.

Let’s remember that GOT has in all its seasons, various sexual scenes or explicit nudity that were not to Merchant’s liking. So the production decided to find another actress, and that was Clarke.

Tamzin Merchant has no regrets about leaving Game of Thrones

Although Game of Thrones (name of the series in Spanish) was one of the most important series internationally, and that managed to break several records and be praised by millions, Tamzin Merchant does not regret having given up the project.

Even the actress has applauded Emilia’s performance as Daenerys. “I didn’t have any training as an actress, just my instincts. And what excites me and what drives me is a compelling story and character, ”she said.

“So for me Game of Thrones was never that. I think it is an achievement of Emilia Clarke to turn that role into an icon. She obviously was excited to tell that story and it was epic and excellent. But for me it was not in my heart to tell it, “she revealed in the interview.

News about the return of Brock Lesnar