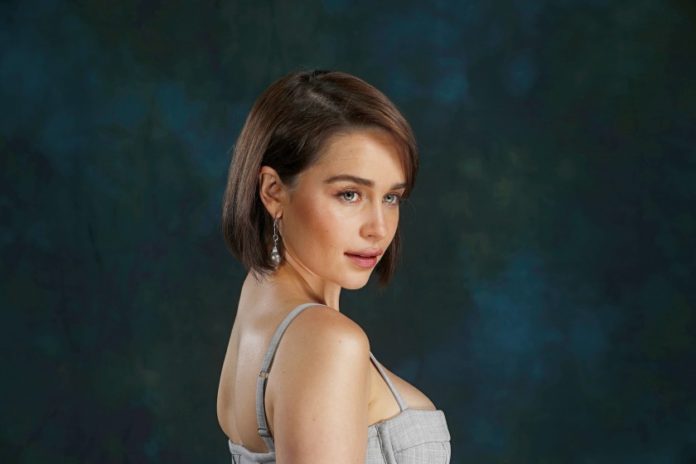 In numerous interviews, Emilia Clarke never hesitates to reveal some anecdotes that have taken place during her life. This time, she recounted the fiasco of her very first meeting with the handsome Leonardo DiCaprio .

Emilia Clarke is a young woman who often shares a few stories about her life. A few months ago, she confided in the many strokes she had during the filming of Game of Thrones.

But that’s not all. Emilia Clarke had also said that she would like to have deeper discussions with her fans instead of having her photo taken. This time, the beautiful blonde made revelations about her meeting with Leonardo DiCaprio.

In an interview with Harper’s Bazaar UK magazine, Emilia Clarke said: “ Leonardo DiCaprio, 100% . This is still the case today. I do not know young women or young men who have not fallen for him ” . EMILIA CLARKE: THE FIASCO OF HER FIRST MEETING WITH LEONARDO DICAPRIO
However, her first meeting did not go as Emilia Clarke would have thought . Indeed, the meeting between the actress of Game of Thrones and the man did not fail to be laborious enough but also very funny .

The young woman also revealed : “He called me with a ‘Hey!’ and I launched a petrified ‘Hey’. The 12 year old girl in me said to me ‘Say something!’ But I was only watching it saying ‘Hey’ ‘ .

Finally, the young woman also concluded: “All the parts of my brain said to me ‘Say another word’ but I did not succeed. I just said ‘Hey’ three times in a row and he left . ”

This little anecdote is sure to make fans of the young woman laugh. It must be said that she never fails to make her fans laugh with her anecdotes to die of laughter !